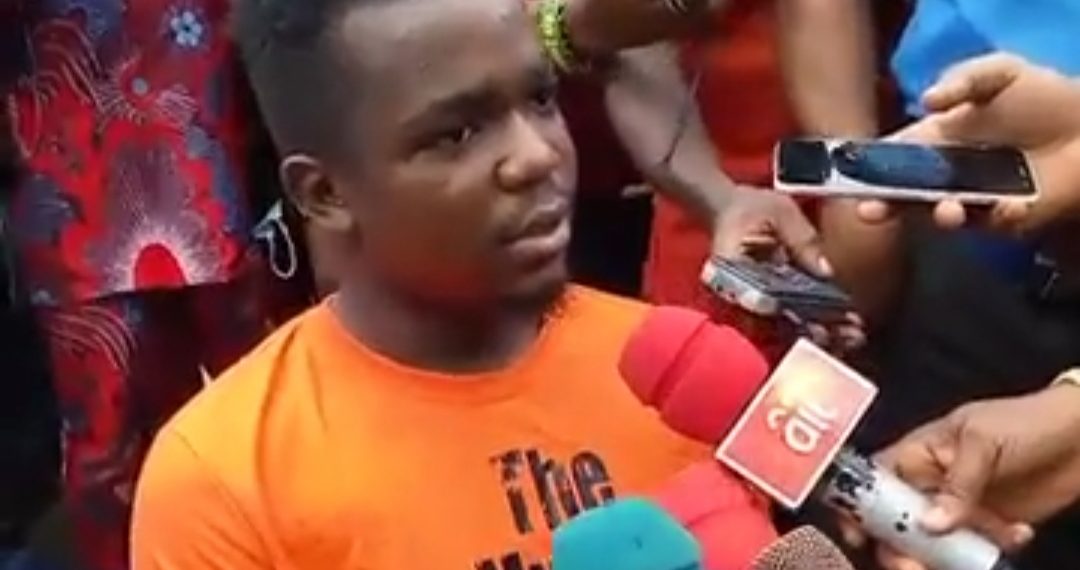 After the judge read out the judgment, the convicted rapist attempted to escape from the courtroom, but was overpowered by security officials.

The State High Court in Uyo, Akwa Ibom State, has sentenced Uduak Akpan to death for raping and murdering a female job seeker, Iniubong Umoren, in the state last year.

The judge, Bassey Nkanang, in his judgement on Thursday, said the convicted man will be put to death by hanging.

The judge said the prosecution has proved beyond doubt the case of rape and murder against Mr Akpan.

He, however, discharged and acquitted the father and sister of Mr Akpan, who were the 2nd and the 3rd defendants in the case.

After the judge read out the judgment, the convicted rapist attempted to escape from the courtroom but was overpowered by security officials.

A 17-year-old student of Offa Grammar School, Offa Local Government Area of Kwara State, identified as Adegoke Adeyemi, has allegedly committed suicide following his failure to gain promotion to the next class in his school.

Police sources said the student, who was found hanging on a tree, resorted to taking his life after failing to pass his promotion examination from SS1 to SS2.

Police Public Relations Officer of the Kwara Command, Okasanmi Ajayi,  in a statement in Ilorin on Wednesday night, said the senior secondary school student was asked to repeat the class but was ashamed and took his life.

“The victim, who was later identified as Adegoke Adeyemi ‘M’ aged 17years, a student of Offa grammar school, was believed to have hanged himself as a result of his failure to pass his promotion examination from SS1 to SS 2, which necessitated his being asked to repeat the class,” the statement read.

“Information was received by the Divisional Police Officer, Offa, at about 15:34 hours of 2/8/2022 to the effect that, a boy’s lifeless body was seen hanging on a tree behind Ariya garden hotel, Offa. A team of policemen from the divisional headquarters was swiftly drafted to the scene.

“The corpse of the deceased student was removed from a tree behind Ariya Garden Hotel, Offa, by a team of policemen from the Divisional Police Headquarters, Offa, at about 15.34 hours on Tuesday.

“The corpse was taken to the Offa General Hospital for autopsy, while an investigation has been launched into the matter.”

Meanwhile, the police PRO said the Command made a breakthrough in the arrest of one notorious cultist on the wanted list of the anti-cultism team at ACE Supermarket, Unity Road, when it accosted the cultist named Monday Ojoagbu.’

The wanted cult suspect and other members of his gang were said to be on a mission to carry out another gruesome attack on a yet-to-be-identified target.

While others escaped, the police spokesman said the leader was apprehended by the police at the supermarket where they were traced at about 6 pm on Tuesday.

He added: “In an attempt to arrest the suspect, while also avoiding likely collateral damage in the process of the arrest, it was difficult to simultaneously arrest the other members of his gang who escaped using customers of the supermarket as shields.

“Investigation of the matter is ongoing. One locally-made pistol and two live cartridges were recovered from the suspect.”

He said efforts are in progress to arrest his fleeing accomplices, reiterating the commitment of the Commissioner of Police in the state, Tuesday Assayomo, to rid the north-central state of criminal activities.