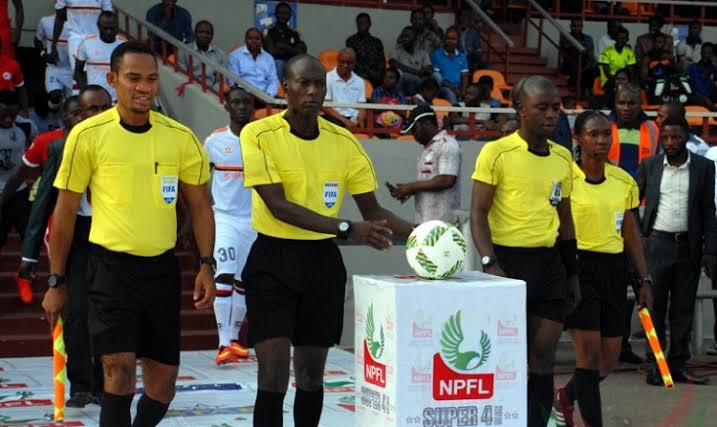 Joseph Okeke while speaking in his office in Abuja, made the statement following the announcement by NFF to conduct fitness test for the nation’s referees

“I can’t imagine that Tade Azeez-led board would sit back and allow fitness test to be conducted by Nigeria football federation referee department despite the indemnities of referees, match commissioners from last season not being paid by League Management Company, LMC now interim management Committee, IMC.

The erudite referee further called for a change in leadership structure of the NRA, saying the tenure of the current board at both the state and national levels, have expired

“It is time for referees to wake up and take back their association, if NRA failed to set machinery in motion for electoral committee to be set up in the next few days and elections to be conducted at both state and national levels,” he concluded

Nigeria referees and match commissioners have not been paid their accumulated indemnities from last season while a fitness test is being conducted for a new season where a referee is expected to pay a minimum of fifteen thousand naira not to to talk of the cost of travelling and other logistics.