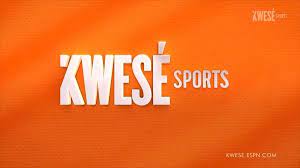 The Kwese League Management board has not taken the allegations by the NBBF caretaker committee chairman, Musa Kida lying low, describing him of incompetence to run the Premier Basketball League.

Kwese League Management director, Ajibarede Bello, said there is nothing stopping Musa Kida-led faction of NBBF from running their own league except they are looking for an excuse to escape from their incapability to run the league.

“There is nothing stopping them from running their league, this is just an excuse to escape from running a league they are clearly incapable of running.

“The exercise is nothing but a ploy to begin to deal with perceived opponents.

At the time the Secretary of the caretaker committee wrote, the board was already dissolved and the letter should have been directed to the person who appointed Olumide Oyedeji to head the league board,” Bello said.

Bello insisted that there is still an existing NBBF faction led by Tijjani Umar since the process started by the world body, FIBA, has not been concluded.

He said legal consultations are ongoing to refile the case since it was struck out for lack of jurisdiction.

“There is still an NBBF faction led by Tijjani Umar since the process started by FIBA is not yet conclusive.

“Legal consultations are ongoing and the league board would respond at the appropriate time.

The case was struck out for lack of jurisdiction and nothing was denied us.

The judge advised us to refile the case.”