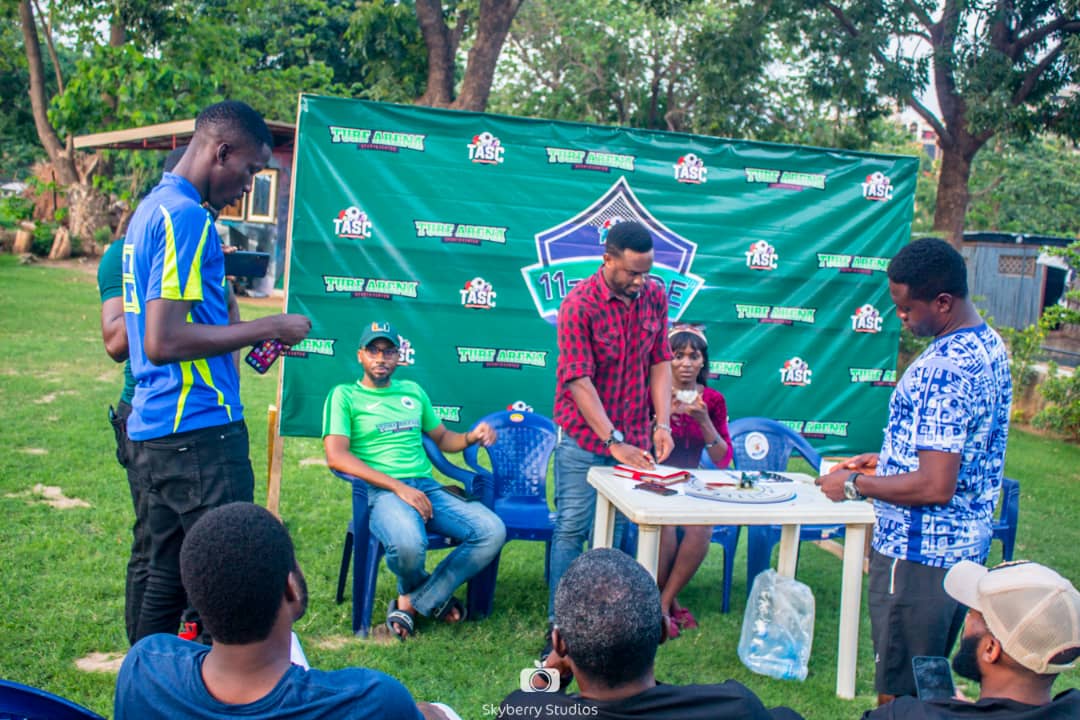 This was revealed by the Chief Operating Officer, CEO of Turf Arena, Mohammed Kamal-Deen who spoke at the draws venue in Abuja

Mohammed Kamal-Deen, said the essence of organising the league is to create an enabling environment for young players to thrive,considering we have one of the best sports facilities in Abuja and it is pertinent that we put it into use which is why we are organising the second edition of the league

‘ we have of one the best sports facilities in Abuja and football is our passion, so we think organising the second edition is important. We have made many new additions to this year’s edition,the award for best goalkeeper,MVP and we are also working behind the scene to see the possibility of taking the MVP of this year’s edition abroad for trials’.

but not that alone ,we are also inviting scouts from Portugal and Czech republic to come around and see some young talents, hopefully one or two players can be picked,also we are working with a small media team that will ensure that we have videos of the matches on YouTube , Instagram and twitter so that more players can be spotted and clubs can also use videos of their matches to promote their players’

he went further by saying ‘many players that participated in the maiden edition have gone on to greater things with some of them signing for clubs in the premier league and even moving abroad’.