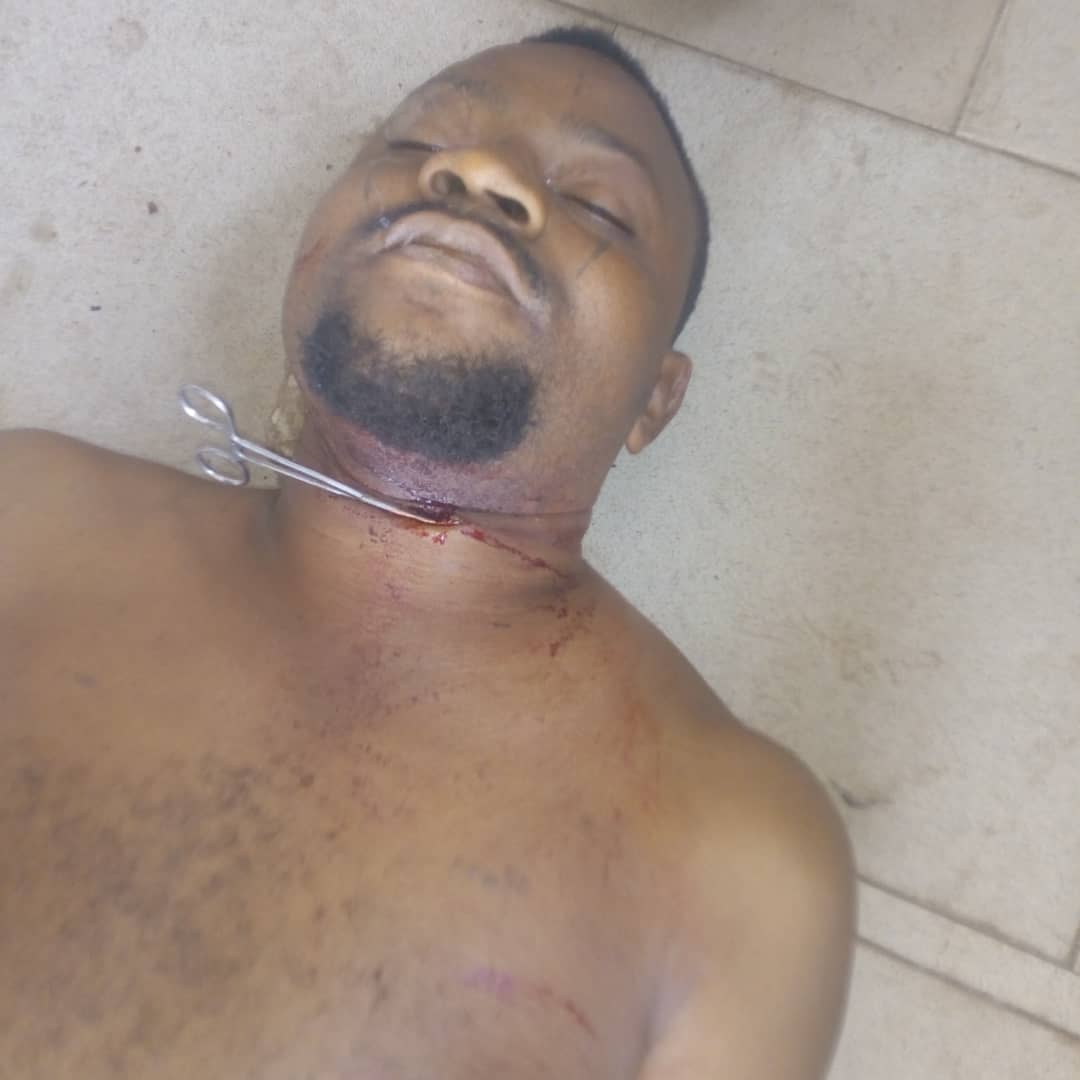 The Youths at Ette community in Igbo-Eze North local government of Enugu state has called on inspector general of police, commissioner of police in the state and well meaning Nigerians as matter of urgency to set up a panel to investigate the unlawful killing of a police officer Michael Adama by inspector Chidi.

Late Inspector Adama Micheal who until his death was a serving Police Officer under the anti-kidnapping Unit of the Nigerian Police force Enugu Police command was reportedly shot and killed at new market axis Enugu by his colleague on the 21st of January, 2022 by inspector Chidi.

Disclosing this to journalists, Coordinator, Ette Youth Stakeholders Consultative Forum Comrade Dennis Ewaoche said that the incident was a conspiracy that must be investigated and justice must be served.

According to him, Why was Michael killed, why is the OC Pius Ugwuala covering up the matter, why is the family being denied access to see the corps? Is that the right way for a responsible organisation like the Nigeria Police Force.

“Police ought to conduct her affairs? Even though Michael misbehaved he shouldn’t be killed in that ugly manner, police should brief the general public on what lead to his death these are the questions the community are asking.

Immediately he was killed, his team deposited the corpse in the mortuary without contacting any member of his family or give out information about the unfortunate incident.

His elder brother Uka Adama who also happens to be a police officer in Enugu on receiving the news from other colleagues secretly went to the mortuary to see the corpse.

He took pictures of the corpse which showed a bullet wound below the neck of his late brother. Uka in company of other concerned police officers approached the OC anti-kidnapping section SP Pius Eziubochi Ugwuala for information on what resulted to the death of Inspector Michael, Unknown to the OC Pius Ugwuala that the brother had visited the mortuary, he lied that Inspector Michael was killed by a mob who used a stick to hit his head when they came for a raid at new market.

He encouraged them to take heart and let it go, as a result of this information provided by the OC, some police officers from the same community of late Inspector Michael began to protest at the station, a pandemonium ensued and later the OC Anti-Kidnapping SP Pius Ugwuala called Uka aside and told him Inspector Michael (his brother) was shot by one of his colleagues by name Inspector Chidi mistakenly.

Members of the team and why Michael was killed at new market was not disclosed to Uka.

Further investigation by some police friends of late Inspector Michael revealed that the leader of the team who went for the raid is one inspector Obi Anthony and the officer that shot Michael is inspector remained officer Chidi.

Effort to gain access to the counter to find out how the incident entry was made when the anti-kidnapping team returned to the station was resisted.

The reason behind the cover-up is still unknown, even as at the time of this report, no member of the family including the brother of late Inspector Michael who is a serving Police Officer under the same command have been taken to the mortuary to see the corpse.

They killed Michael and deposited his corpse in the mortuary and went back to their business as usual as if nothing happened; a young man who is serving his country will be killed like a dog and no responsible statement from the appropriate authority is not acceptable.

That is not the best practice. The picture which has been obtained is a fact that there was a planned to conceal the gruesome murder by the colleagues of Michael because the initial story was that he was hit on the head by a mob at new market.

Let us even say that he was killed by an angry mob, we beg to ask if any arrest has been made and how come there wasn’t any eye witness to the raid in such a public location.

We are not going to allow this kind of barbaric act be swept under the carpet. We want justice for Michael Adama, the community insisted.

The Inspector General of Police is a well respected and disciplined Officer; we are confident that he will not allow this kind of evil thrive under his watch.

The slain Officer who was transferred to Nsukka less than two months ago with other colleagues as a team for an assignment was recalled back and replaced with another officer before the completion of their assignment in Nsukka, he was then reassigned to the anti-kidnapping section in Enugu.

Members of his family and the entire Ette people are demanding for answers because until his death, Michael, bitterly complained that his boss the OC Anti-Kidnapping Unit SP Pius Eziubochi Ugwuala has threatened to kill him over a disagreement and he has succeeded.

Is it a crime to serve this country? We hear of extrajudicial killing of innocent Nigerians by members of the police force on regular basis, but one that involves the killing of a Police Officer by his colleague in the course has to be an aberration and the perpetrators of this evil conspiracy must face the law.

We are sending our legal team to meet the CP Enugu to seek for justice for Adama and we hope it get all the anticipated result. An incident that happened since on 21st January, 2022 and up till now 25th January, 2022 his wife and Children are still waiting for their bread winner to return from work.

We are in pain and the only thing that will comfort us is justice for Late Inspector Adama Micheal is an indigene of Ette in Igbo-Eze North Local Government of Enugu State.

UNTIMELY CALL THAT BACKFIRED IN THE FACE OF MEDIOCRITY