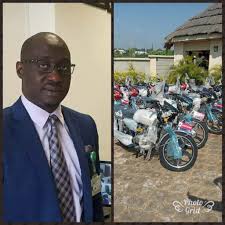 As the race for the Cross River northern senatorial Bye-election gathers momentum, A Group under the auspices of Ukelle in Diaspora, has thrown their weight behind their preferred candidate RT Hon Jarigbe Agom Jarigbe, ahead of the Cross River North Senatorial bye-election in Cross River State.

This was made known in a press statement signed by the Acting National Coordinator, Bar. Alex Ebi Edim, and made available to AljazirahNigeria in Abuja. While enumerating the achievements made by Hon Agom who currently represents Ogoja/Yala Federal Constituency in the House of Representatives. 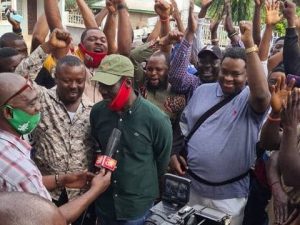 According to the group, the lawmaker has all it takes to represent the great and good people of Cross River North Senatorial district at the Red Chamber based on his experience, knowledge, and pedigree over the years.

The group in the statement Advocated that it is the turn of Ogoja to emerge as senator following the death of late Senator Rose Oko, who the senator was representing Cross River North at the Senate, which he described as a blow to the entire senatorial district and Cross River State as a whole. 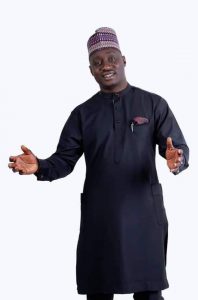 “Each day people cry for a dividend of democracy when someone is representing them but when it time for the leader to come out, we use all strategies to say it must be from a particular place without considering if another zone has ever produced someone from there or has tasted that seat to keep doing the good work he has been doing.

“For a very long time since the inception of Senate till the present 9th Assembly, Ogoja local government Area which is one out of the five local government areas that constitute the Northern part of Cross River State has never in history produced a senator.

The time for Ogoja is now “Hon Jarigbe is a man who over the years have proved to his constituency that power belongs to God and who believes that being in the green chamber is through the help of his people and not himself.

He is always seen appreciating his people. He is the only leader who has his people at heart anytime.” 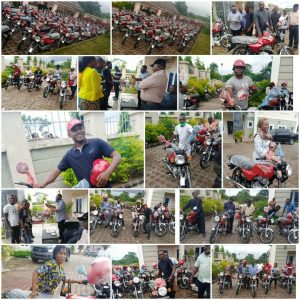 According to the group, Hon Agom’s second tenure which he is currently serving he has empowered over 200 constituents from across the 24 wards of Ogoja/Yala with Birds, Feeds and Vaccines to run agribusiness; free medical outreach across Ogoja/Yala with Over 5,000 constituents as beneficiaries; empowered over 50 constituents with commercial motorcycles, over 25 tricycles (Keke NAPEP), mechanized farm implements and five cars to people across Ogoja/Yala; facilitated the supply and installation of 2nos 500kva transformers in Ogoja; provided cash for small and large scale business start-up capital to his constituents; special invention with N250,000 to youth from Ijibor in Bekwarra Local Government Area to a start-up business.

Rehabilitation of Borehole in Ochochi Okpudu in Okpoma, in Yala LGA; Yuletide Palliative to widows; entrepreneurship development training facilitation for over 400 constituents in order to access CBN’s AGSMEIS Loan of  N10 million; organized skills acquisition training for youths across the 24 wards of Ogoja/Yala including cash for start-ups; paid JAMB registration fee for 240 students from 24 wards of Ogoja/Yala; payment of bursary to students of a high institution of learning in Ogoja/Yala; provision of materials against COVID-19 pandemic in the constituency including hand sanitizers, nose masks, and hand gloves along with palliative to vulnerable persons.

From the above, we can attest that Hon Jarigbe is a purpose-driven leader who is ready to rescue our people by providing more employment, projects, build infrastructure, and render services to us.

He is people-oriented and concerns about the rural areas because he felt the pains of those in rural areas. “Your total support for him won’t be a regret but a plus in the development of our dear political district”, he added.

Ikem who is also a PDP state chairmanship candidate in the forth coming state Congress of the party, charged everyone to remain steadfast and focus on delivering victory to the PDP and Jarigbe Agom in the forthcoming Senatorial election.

Also Speaking, Chief Austine Edibe the Secretary-General of the Campaign Council underlined the need for unity especially in the days ahead,

Chief Austine appealed to all members of PDP to take the Jarigbe Agom message of a better Cross River North to every part of the Senatorial district.