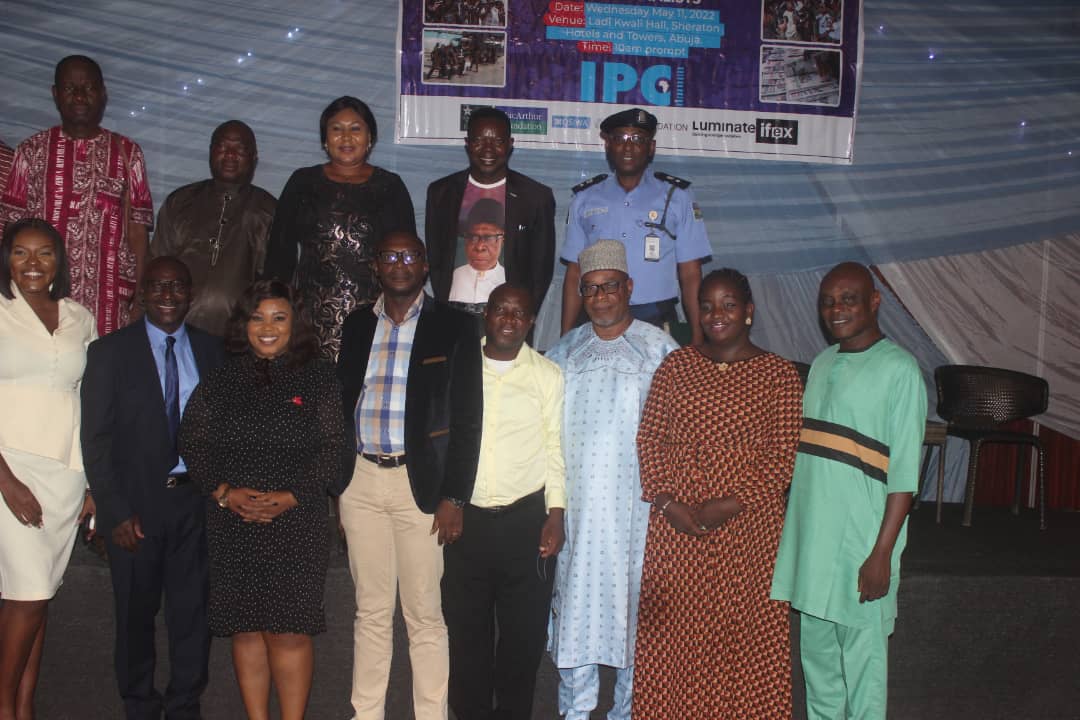 By Joel Ajayi
In its quest to ensure better protection for the Journalists and other media professionals in the country, the International Press Centre, IPC, Lagos-Nigeria has unveiled twin documentaries that believes will go a long way to put an end to the worst harassment, molestation and attack they suffer while discharging their responsibilities.

The Executive Director of IPC, Mr Lanre Arogundade, while speaking on Wednesday, in Abuja, at the occasion to commemorate 2022 World Press Freedom Day which was globally marked on May 3rd with the theme: “Journalism Under Digital Siege”, he said that there is need for urgent action from all stakeholders to tame the unpleasant experiences of journalists in the country.

Mr Lanre, who lamented on the time to time the worst violations of journalists and media which happened to be an important tool in the growth and development of any nation, however, frowned at the120th position of Nigeria in the world, in the year 2021.

According to him, unfortunately, despite these weighty responsibilities, journalists and other media professionals who find themselves on the frontlines get molested and harassed.
“This discovery made us conclude that we need to document the experiences of these journalists and other media professionals for the purpose of capturing in greater detail what really transpired and sensitize relevant stakeholders on the need to put a halt to such unwelcome trends.

“Our objective of revisiting the past, is to draw necessary lessons to avoid a repeat and chart a better course for journalism in Nigeria. Consequently, beyond the airing of the documentaries, we are also gathered for a stimulating roundtable discussion on protection for journalists as frontline workers during crisis and emergency periods.

“It is a great privilege that we have in the hall important stakeholders concerned about journalism advancement and safety of journalists, who have agreed to share their perspectives and thoughts on the subject matter.

“We are gladdened by your acceptance of our invitation and I know we will benefit immensely from your wealth of diverse resources and experiences. Through them, we may be able to attain the objective of developing mechanisms for the protection of journalists during crisis situations.

“While interacting with some of the journalists assaulted during the Covid-19 lockdown and #EndSars, however, we discovered that statistics alone cannot tell the full stories of their ordeal including the immediate and later effects on their physical and mental well-being. Neither did the figures tell the full story of their losses.”

Mr Arogundade however, saluted the courage of Journalists especially the affected ones for their effort in the development of Nigeria.

“IPC salutes the courage of the journalists who were affected and who have decided not to keep silent in the face of tyranny, and who commendably, have opted to tell their stories for the Nigerian public and the global freedom of expression community to have a deeper insight into the landmines they stepped on with dire consequences; and which still lay on the path of journalists in the course of legitimate duty.

“We appreciate and commend their bravery in going to what can be likened to the war fronts to bring information to the people. It is hoped that by speaking out loudly and boldly, they would be able to get the desired justice. “