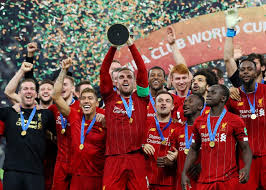 The Reds last won the league in 1989/90, meaning that today’s winning makes it 30 years since they last managed it. Under Kenny Dalglish, the Merseysiders finished nine points clear of Aston Villa at the top of the First Division.

Liverpool, which lost only one game so far in the season emerged the winner after Christian Pulisic gave the Blues the lead, with a solo effort in 35 minutes, with Kelvin De Bruyne equalizing with a stunning free-kick.

Fernandinho got a red-card after handling the ball in the box, with William getting the second goal via a penalty, for Chelsea.

Chelsea’s victory was even more celebrated in Merseyside than in London. Manager Jurgen Klopp has masterminded a near-perfect season after 28 wins and two draws from 31 games, with just one defeat. The likes of Sadio Mane, Mo Salah, and Captain Jordan Henderson led the way en route to this historic moment.