The  National Coordinator of the 60 Goals Soccer Stars Project, Jane Ndubisi has revealed that the initiatives aimed at discovering and promoting young talented football stars in Nigeria will one day produce the best Africa footballer. The Soccer Stars Project gesture has Senator Ned Nwoko as a sponsor and the face of initiatives.

She gave this revelation on Tuesday, in Abuja during a press conference of 60 Goals Soccer Stars Project as confirmation of the selection of 150 grassroots players have chances of joining the European league side on an automatic contract deal signing.

According to her, is a talent search and scouting exercise which is aimed at discovering and promoting young talented football stars in Nigeria

“We are in search of upcoming football players or professional footballers who can join the European league side on an automatic contract deal signing.

“Screening has taken place in five Lagos, Delta, Anambra, Akwa Ibom, and the FCT States since February this year. “And after rigorous pre-screening exercises in five states over 150 young talented players have been selected without favor or sentiment. We have the best player as we speak; I know one day the best Africa player footballer is going to come out from 60 Goals Soccer Stars.

She, however, thanked all the stakeholders for their determination, focus on the success of the programme.

In his remark, Senator Ned Nwoko the face of Project who was represented at the occasion by Ambassador John Fahsanu said football is the way of life that everyone must embrace especially the young ones.

According to him, on my part, I shall continue to support this project and ensure many young Nigerians are empowered.

He, therefore, sought the support of every Nigerian for the growth and development of this young lad in order to achieve their goals and objectives in life.

Speaking Also, the Project Director Francis Ikechukwu said that the vision and mission of the project are to bring the best talent and empower them to enable them to achieve their dream and get to where they should be.

“Very soon, the national team will come to 60 Goals Soccer Stars Project to pick a player because our vision is to bring the best.

“About 150 players have been discovered so far since February.

“60 Goals Soccer Stars Project is a talent search and scouting exercise which is aimed at discovering and promoting young talented football stars in Nigeria.” 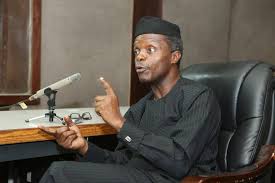 Winning AFCON Is Our Focus This Year-NFF

Mugabe agrees to step down as Zimbabwe president