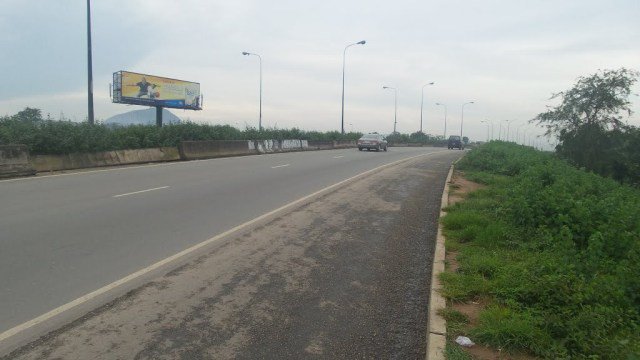 The Senate Wednesday labeled the popular Abuja-Kaduna highway the most dangerous in Africa due to the activities of kidnappers and armed bandits operating on the expressway.

The position of the upper chamber may be contrary to the declaration of the Inspector General of Police, Mohammed Adamu who assured travelers plying the route that the road had been cleared of undesirable elements terrorising travelers on the road.

Senator Shehu Sani had, while contributing to a motion on “Urgent need to increase the number of couches to the Abuja-Kaduna railway line” described Abuja-Kaduna highway as one of the most dangerous in Africa.

The Delta Central Senator added that it is apparent that only those who wanted to commit suicide would ply the road.

Sani said that the motion should be the saving grace for the rich and poor.

He added that the government should take steps to patronize local manufacturers for the production of couches.

Senator Bala Ibn Na’Allah (Kebbi South) on his own noted that what should be done was to increase the frequency of the train service between Abuja and Kaduna.

Na’Allah said that the impression should not be created that Abuja-Kaduna expressway had been abandoned to kidnappers and bandits.

The Lagos East Senator told his colleagues that he just came back from China, a trip that was necessitated by the pressure on the rail lines.

He said that the Federal Government had paid for 64 couches eight of which will be delivered within eight weeks.

Senator Magnus Abe said that the Senate should take into cognizance the fact the rail lines were built with borrowed funds.

The Rivers South East Senator said that the view of the Nigerian Railway Corporation should be taken into account in relation to fare.

Ndume in his lead debate noted with concern the undue pressure on existing facilities at the Abuja-Kaduna railway line.

Most passengers’ en-route Abuja-Kaduna, he said, have turned to the railway as a safer means of transportation.

Ndume said that he is aware that the surge in the patronage of the rail services may have been attributed to its safety, comfort, convenience and perhaps affordability, which have drawn many commuters following the high risks on the Abuja-Kaduna expressway that is threatened by kidnappers, armed robbers and other kinds of criminals.

The surge, he added, has led to rowdiness during ticket purchase and survival of the fittest for passengers willing to buy tickets across the counters as officials deliberately hoard and sold tickets to the highest bidders.

He observed that the daily schedule for Abuja-Kaduna from Monday to Sunday is: 7am, 2pm and 6pm except for Wednesday with only trips at 7am and 6pm.

Ndume said that he is aware that huge numbers of travelers jostle for ticket sold at N1, 500 after queuing for about two hours to enable them stand for two hours trip.

The Borno south senator who said that every good thing usually face its share of challenges, noted that “what the rail transit (Abuja-Kaduna) is faced with is shortage in the number of available couches which explains the long queues recorded at the stations.

He expressed worry that Nigerians willing to use the rail lie service are now meant to queue up for hours before boarding due to the increased demand.

Ndume prayed the Senate to urge the Federal Government to deploy more couches to the Abuja-Kaduna rail line to ameliorate the plight of the passengers as well as urge the Nigerian Railway Corporation to reduce the fare from N1, 500 to N600 to make it affordable to the general public.

At end of the debate the Senate resolved to urge the NRC to review the fare structure in relation to cost.