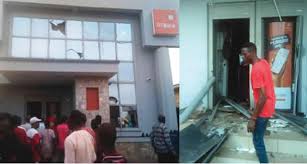 The thin line of demarcation is that while armed robbery attack is a vicious and deadly attack against the banking institution, customers and society, bank fraud is a clandestine assault with a damaging psychological effect primarily on the account holder and secondarily, an adverse effect on the goodwill of the bank.

Bank robbery is more attractive to the robbers than any other kind of robbery as the operations are always carried out without any barrier while a huge amount of money is always carted away during each operation.

The commercial banks in Nigeria from 2011 to date have on a regular basis been attacked in a vicious manner leading to the loss of huge amounts of money and death of some people. Some branches of the bank have been closed temporarily while the only skeletal operation takes place is some branches.

Experts have defined commercial bank as a type of financial intermediary and a type of bank that provides facilities for current accounts, savings accounts, and other variety of services that facilitates trade and commerce particularly the grant of loans on the short and medium-term.

According to financial experts, a commercial bank is defined by the banking and other Financial institutions Act as a bank whose business includes receiving deposit on the deposit account, provision of finance, consultancy and advisory services relating to corporate and investment matters, making or managing investments on behalf of any person.

The Cashless policy has as one of its motivating factors they desire to checkmate the incidence of robberies associated with cash transactions. Armed robbery in Nigeria from 2011 to date is directed not against individuals or corporate account holders with cash-in-transit. The focus has shifted to the strong room and the bullion vans of the banks with human causalities at every strike and damage of property.

The bank robbery in Ekiti, Ondo, Lagos, Rivers and other states between 2014 and 2015 were complemented with the vicious and dastard attacks at police stations occasioning the death of policemen on duty.

Recently, Tragedy struck yesterday at Ile-oluji, the headquarter of Ile-Oluji/Okeigbo Local Government Area of Ondo State as two old generation banks were attacked by armed robbers, killing four persons including two police officers. The Guardian gathered that the armed robbers invaded the banks at about 4:00 p.m. Shooting sporadically, with some of the stray bullets killing the victims.

Eyewitnesses of bank robbery have explained that bank robbery in Nigeria is executed in convoy of vehicles and combatants not less than twenty people with sophisticated weapons superior to the cache in the armory of the security agencies.

Recently, Tragedy struck yesterday at Ile-oluji, the headquarter of Ile-Oluji/Okeigbo Local Government Area of Ondo State as two old generation banks were attacked by armed robbers, killing four persons including two police officers. The Guardian gathered that the armed robbers invaded the banks at about 4:00 p.m shooting sporadically, with some of the stray bullets killing the victims.

A group of robbers stormed a bank in a suburb of Nigeria’s capital Abuja but before they could finish their ‘transaction’ and flee, soldiers and police arrived at the scene.

Local media outlets reported that a standoff ensued at Mpape in Abuja between a gang and the security forces who were holed up in a branch of First Bank.

The security team was seen in social media posts trying to use other means to gain access into the building including options of entering through the roof.

Reports said a robber attempted to force his way out and in the process got shot before he returned into the premises. Some of the robbers are also reported to have been apprehended.

It is not known as yet how many they were in all. The bank in a statement said all employees and customers caught up in the incident were safe. It also thanked the security forces for their swift reaction.

Bank Robbery is gradually forcing many of the banks to close down local branches and activities in some cities in Nigeria.

For instance, since the robbery attack at Ikere Ekiti, Ifaki Ekiti and Ilasa – Ekiti between September and December 2014, the First Bank Plc operations in the rural areas in Ekiti State have been reduced or at best skeletal. The bank robbery in Ekiti State and the Ondo States between 2014 and 2015 appears to be targeted against First Bank Plc which is one of the leading banks in Nigeria.

The security situation in Nigeria and particularly as it affects commercial banks operations is affecting the operations of banks who on many occasions are forced to close down for days and whenever they open they are compelled to reduce the hours of service because of security alerts.

The prevalence of Armed Robbery in Nigeria is fast becoming epidemic. It is being blamed on the dwindling economic fortunes of the majority and the widening gaps between the affluent and the poor.

In a chat with a financial expert, Godwin Nmokogwu who spoke on the danger of bank robbery on the nation’s economy said that ‘’ the spate of armed robbery attacks on commercial banks in Nigeria portends great danger for the economy of Nigeria. Commercial banks in Nigeria operate under the atmosphere of fear in view of the incessant attack on back premises which on each strike has resulted in the theft of huge amounts of cash, loss of lives and damage to property.

‘’Each operation by the armed robbery is always vicious and violent as the operation is carried out with sophisticated weapons superior to that of the police and other security agencies.

According to him, the law as an instrument of social engineering must foster social order, peace and security.

He added that there are enough Statutes in Nigeria to ensure security of lives and property but other norms such as moral and religion should be evoked.

He stressed that the government needs to reinforce the ethical revolution campaign through a pragmatic approach rather than the cosmetic approach of the government. The Police Community Public Relations Committee at levels should be proactive and aggressive as informants on security matters.

In the unlikely event of closure of licensed banks in the country, the Nigeria Deposit Insurance Corporation (NDIC) said it has set aside the sum of N258.767 billion in the 2019 fiscal year for the reimbursement of depositors.

Managing Director NDIC, Dr Umaru Ibrahim, disclosed this while defending the Corporation’s 2019 budget estimates before the House Committee on Insurance and Actuarial Matters in Abuja.

Giving a breakdown of the funds, the NDIC CEO said N109.686 billion was provided for depositors of Deposit Money Banks (DMBs), while N149.081 billion has been set aside for depositors of Primary Mortgage Banks (PMBs) and Micro Finance Banks (MFBs).

He explained that the estimates were consistent with the Corporation’s mandate of providing financial guarantee to depositors of failed banks towards promoting public confidence in the banking sector. This, he added, is critical to the sustenance of the stability of the entire financial system. 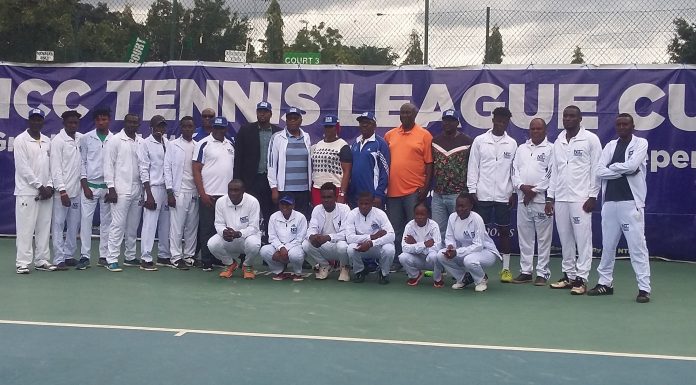