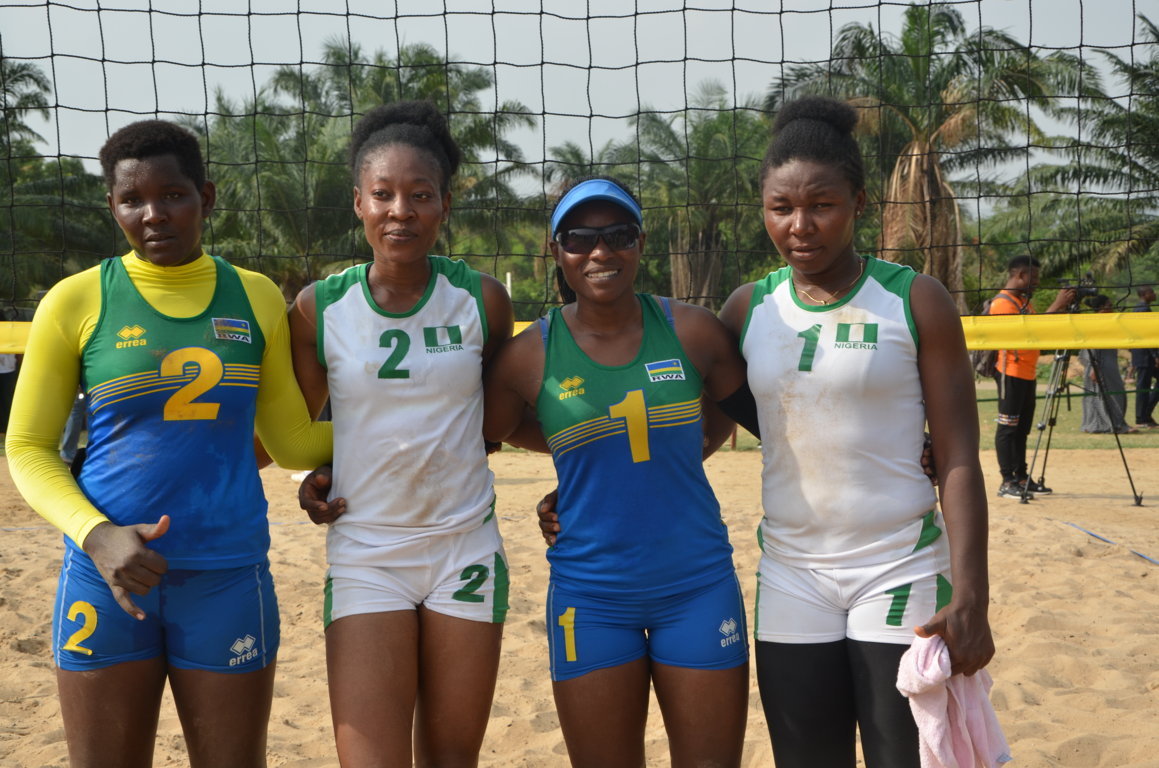 Nigeria beach volleyball coach, John Iwerinma said he is optimistic the country will qualify for the Tokyo 2020 Olympics.

He said the players played with high dedication, selflessness and determination but were beaten by the best players in the world.

Iwerinma said, “Nigeria can qualify for the Tokyo 2020 Olympics; the world beach games has reaffirmed my hope and confidence in the nation’s beach volleyball team. We played against the best teams in the world (Brazil, USA and Czech) and the girls were able to get 10 points from them. This shows we have improved drastically.

“The girls never showed any sign of complacency during and after the matches; their heads were up high after playing against Canada in the quarterfinals despite the loss”.

He further said, “The ANOC World beach games has confirmed that the players that we can stand against the best in the world and going by recent antecedent we are a world class beach volleyball playing nation”.

He commended the leadership of Engineer Musa Nimrod for believing in the beach volleyball team.

Iwerinma said, “The President of the Federation has been supportive and has supported the beach volleyball teams during every of their programs. Some of the players participated at the World Championship and featured at the snow volleyball championship too”.

He revealed that Africa is blessed with talented players that can challenge European players but funding has hampered the growth of the game.

He said, “One of the major challenge facing most African sports is funding and exposure to playing against teams around the world. Africa is blessed with natural gifts and talents that have to be refined to become finished product. The refining must not be limited to our immediate environment alone”.