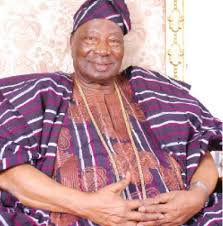 The President, in his message, noted that the almost five decades of the royal father’s reign had been marked by peace and prosperity, which had rubbed off on all his subjects, indigenes and settlers alike.

President Muhammadu Buhari rejoices with Oba Oladunni Oyewumi Ajagungbade III, the Soun of Ogbomoso, as he turns 94 on May 27, 2020.

“The President says the almost five-decade reign of the monarch has witnessed peace, prosperity and development, with natives and settlers alike in Ogbomoso enjoying the amity that has attended the time of the respected Oba”, the statement said.

Quoting the President, the statement said “your time has brought joy and succour to the people, and may it continue to be so, as you turn 94,” adding “the collaboration various governments at both state and national levels have enjoyed from the traditional ruler is invaluable.

“The President prays continued good health and sound mind for Oba Oyewumi, noting that longevity is a divine gift, and thanking God for bestowing it on the frontline royal father”, the statement said.