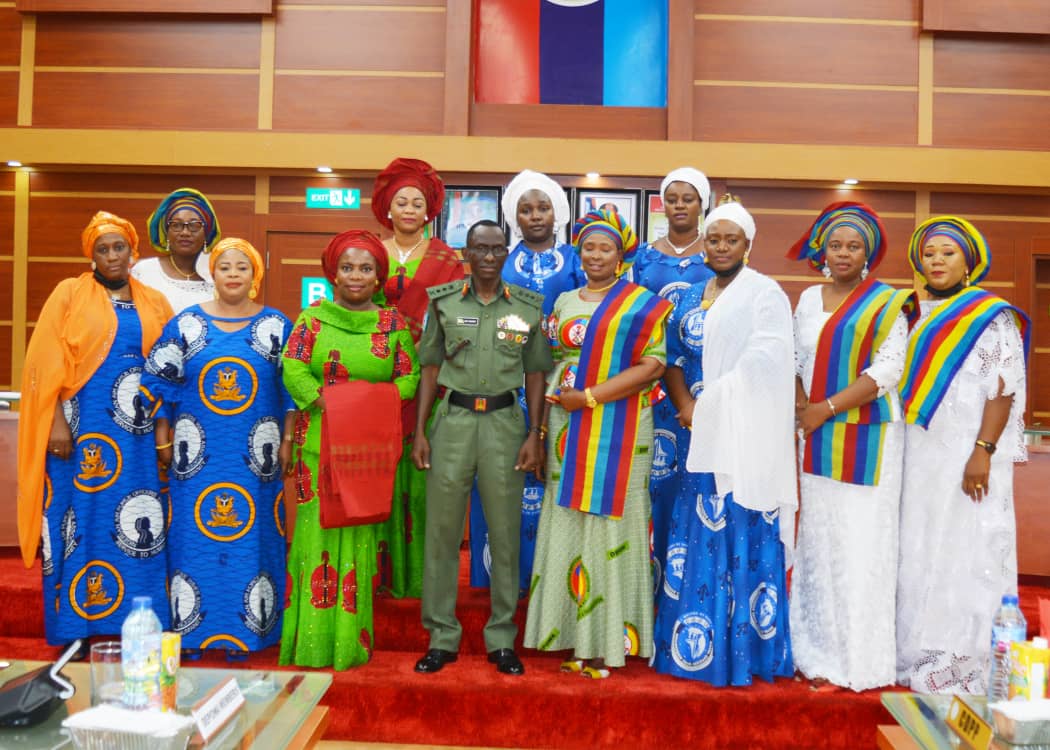 The Chief of Defence Staff (CDS), General Lucky Irabor has expressed the willingness of the Armed Forces of Nigeria (AFN) to support and collaborate with the leadership of the Defence and Police Officers’ Wives Association (DEPOWA) towards executing humanitarian programmes that would be beneficial to families of military personnel.

Prime among these projects are the establishment of Post Traumatic Stress Disorder (PTSD) centre for military personnel and families, as well as a Diagnostic centre in honour of Dr Stella Ameyo Adadevoh, who diagnosed the first Ebola case in Nigeria. The CDS made the pledge today while playing host to DEPOWA President, Barr. (Mrs) Vickie Irabor who paid a courtesy call on the Defence Headquarters (DHQ), Abuja.

Speaking during the visit, Gen Irabor recounted the traumatic experiences faced by troops in the operational theatres and commended the DEPOWA leadership for initiating the proposed PTSD project which he said would significantly shore up the fighting spirit and psychological well-being of personnel of the AFN.

The CDS who lamented that both troops and their families undergo emotional trauma in the task of defending and protecting the nation against adversaries further assured that the DHQ will support all feasible DEPOWA’s projects that are tailored towards helping humanity. The Defence Chief used the opportunity to express appreciation to the DEPOWA members for keeping the home front and urged them to continue to serve as role models to other personnel’s spouses.

The DEPOWA President, Barr Vickie Irabor earlier in her remarks, maintained that DEPOWA has evolved to become an organization focused on providing support to Wives of personnel and their families towards achieving a healthy military community.

The DEPOWA President stated further that in line with her program tagged “Uniting Our Voices First” (UOVF), the Association is seeking the collaboration of the AFN to provide solutions to address the root causes of PTSD faced by personnel.

She proposed the establishment of a PTSD evaluation and rehabilitation centre to evaluate, counsel and provide adequate support to personnel and their spouses prior to reintegration at the end of their operational tour of duty from the various theatres of operations. She emphasized that the objective is to ensure that military personnel return to their families in a psychologically and physically stable state.

Mrs Irabor explained that many military personnel had suffered physical injuries, as well as suppressed emotional trauma accumulated from experiences in the theatres of operation. The DEPOWA President pointed out that traits such as nightmares, anxiety, insomnia, outburst of anger etc are usually triggered in response to trauma and are therefore indicators of Post Traumatic Stress Disorder (PTSD).
She equally solicited the support of the CDS and Service Chiefs towards the establishment of a state of the art diagnostic centre in honour of Dr. Stella Ameyo Adadevoh, who diagnosed the first Ebola case and saved the entire country from the spread of the epidemic. She added that the facility will also serve as a repository for future research on health challenges in the military, so as to provide cutting edge solutions.

THIS IS WHAT GOV. UGWUANYI SAID AFTER THE UZO-UWANI MASSACRE IN 2016.