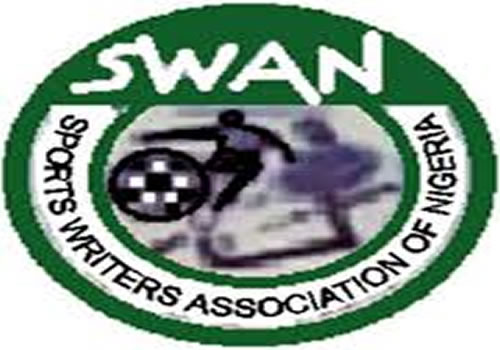 SWAN Credentials Committee (SWANCredCom) says it will abide with Tuesday’s decision by the Nigeria Union of Journalists (NUJ) to indefinitely suspend the upcoming national elections of the Sports Writers Association of Nigeria (SWAN).

Abdulrahman Abolore, a member of SWANCredCom, which was set up recently by a cross-section of Chairmen of SWAN State Chapters in Ilorin, said this in Lagos on Wednesday. The NUJ had waded into the growing crisis in SWAN by asking both SWANCredCom and SWANECO, which was set up by SWAN’s National Executive Committee (NEC), to stay action “forthwith and indefinitely’’.

It also advised that the national congresses planned for Abuja and Port Harcourt in October by SWANCredCom and SWANECO respectively should be put on hold.

Reacting to the development, Abolore said SWANCredCom views NUJ’s intervention as necessary in view of several events in the past few weeks.

“A lot of events have been coming up in recent weeks, and these were the ones which prompted the Chairmen of SWAN State Chapters to set up our committee.

“We are like what you can call `a child of necessity’. And we feel NUJ’s intervention is akin to our coming too. So, we don’t feel bad at all. We rather see the NUJ intervention as necessary,’’ he said.

Abolore, while praising the NUJ, said the suspension of elections was even timely, “in order for all contentious issues put forward by the Association’s two factions to be addressed.’’

“This (NUJ intervention) is good for us, and we believe it will help us chart a way forward for lasting peace and an electoral process that will be fair to all involved.

“We must even praise the NUJ, for having patiently waited to hear from all sides before coming in to save a situation that is almost becoming riotous. It has the rights to act in this regard, based on Article 9 (b) of the NUJ Constitution.’’

He said such intervention was also normal since SWAN is an affiliate of the NUJ.

“We SWAN members are also members of NUJ, and our code of conduct is as it is provided in the NUJ Constitution. Article 5 of the SWAN Statutes is clear on this. So, we shall be guided by the NUJ.

“Afterall, we all know we cannot practice and be members of SWAN without being first of all members of NUJ, according to Article 7 (a) of the SWAN Statutes. And that is why when you lose your membership of NUJ you will lose your Full Membership in SWAN, based on Article 7 (h)(iii).’’

Abolore added that his committee, following consultations late Tuesday and early on Wednesday, would now await further directives from both the NUJ and the Chairmen of SWAN State Chapters.

“When all the raised dust is cleared, we shall get back to SWAN members. Until then, we are staying action on all matters of the national elections,’’ he said.