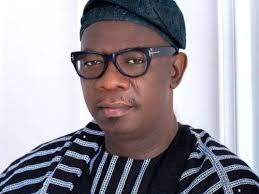 The candidate of Zenith Labour Party (ZLP) and estranged Deputy Governor of Ondo State, Mr. Agboola Ajayi has reportedly hatched more lies in attempt to rattle the State Governor, Arakunrin Rotimi Akeredolu, who is the All Progressives Congress (APC) candidate.

Our correspondent reliably gathered that Ajayi perfected the lies in collaboration with the People’s Democratic Party (PDP), whose candidate, Mr. Eyitayo Jegede he is secretly working for.

The purpose of the lies, which Ajayi will present as an inside source, is to rattle Governor Akeredolu, whose administration the embattled Deputy Governor is now desperate to malign.

A source in Akeredolu’s campaign said the people of Ondo state must be on the lookout for Agboola Ajayi’s lies, which could easily be dispelled with simple fact-checking.