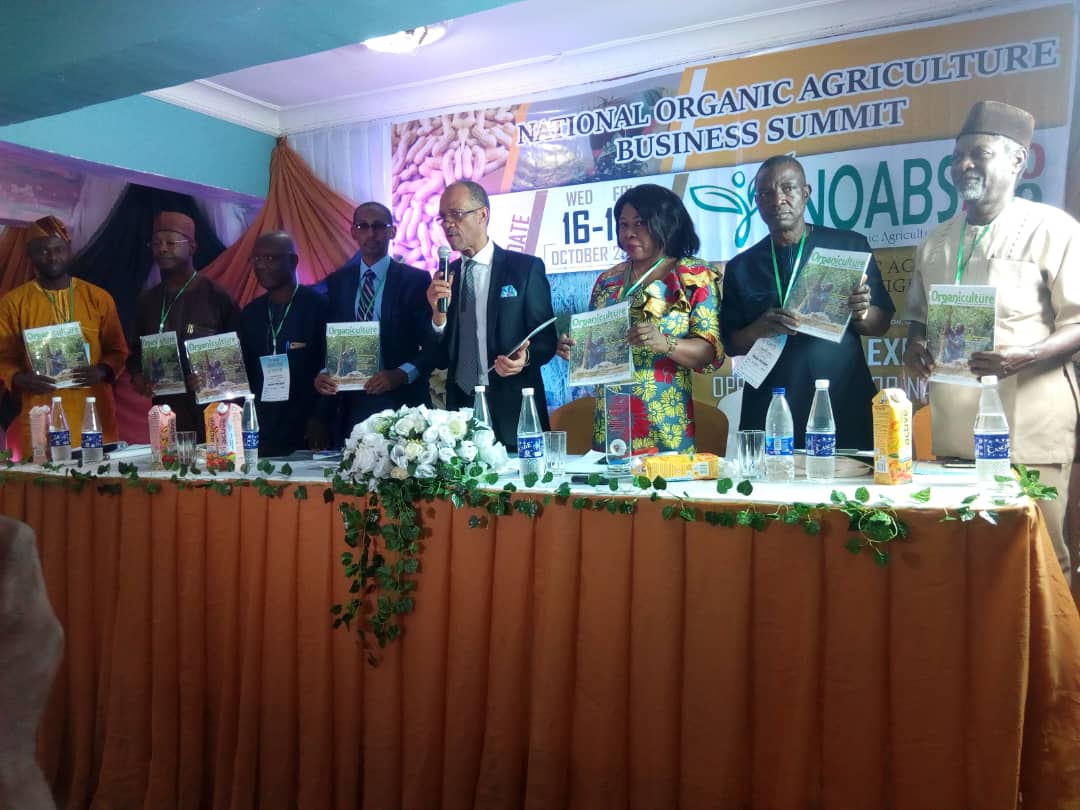 Olowe said this at the ongoing 2019 National Organic Agriculture Business Summit on Thursday in Lagos with the theme ‘Organic Export Opportunities for National Development’.

He said that the documentation, dissemination and promotion of organic best practices will highlight the values, importance and health benefits of organic produce.

“They will help show how to improve yields, analyse the challenges faced, introduce new discoveries and expose the hazardous health effects associated with the use of synthetic agro-chemicals,’’ he said.

While presenting a paper on `ORGANIC SESAME EXPORT OPPORTUNITIES IN NIGERIA: the don said that as at 2017, Nigeria produced 550,000 tonnes of seed and ranked joint second with Sudan in Africa after Tanzania and fourth in the world behind Tanzania, Myanmar and India.

He also added that about 23 states in Nigeria produce sesame which is an oilseed crop with the appellation `Queen of oilseeds because of its high quality oil.

He therefore called on all organic farmers to always ensure proper documentation of all processes involved in farming and as well the outcome.

“This constitutes about 3 per cent of the world’s organic agricultural land, but only 0.1% of Africa‟s farmland is organically farmed.

He regretted that despite this huge opportunity of the global organic agriculture market, Nigeria as a country with great potential is yet to make a remarkable achievement in this dimension.

Maimalari said that one of the main reasons producers go organic is to be able to access organic markets with premium price or at least comparative advantages over the conventional trade platforms.

“Organic agriculture trade is based on guarantee systems that ensure organic practices are followed by producers, based on approved organic standards.

“This process often works through certification of organic production systems: it is worthy of note that the use of the word organic by default is no longer acceptable because organic agriculture in the real sense is never by default.

“This is because producers make conscious effort to go organic by following appropriate standard(s)’’.

He said that organic agriculture development in Nigeria is still at the infant stage, despite increasing awareness of opportunities in the sector at the global and national levels.

“Currently, only just a little percentage of farmers in Nigeria is involved in organic farming.

“Although the economy of Nigeria is mostly oil based, but agriculture provides the main source of livelihood for most Nigerians and also contribute to the GDP of the country in term of exported produce.

He said it is estimated that Nigeria lose 10 billion US dollars in annual export opportunity from groundnut, palm oil, cocoa and cotton alone, due to continuous decline in the production of those commodities arising from difficulty in meeting export requirements.

“It is good to know that most of the challenges faced by conventional agriculture in trade are easily addressed with organic agriculture principles and practices.

“Thus, Nigeria could take the advantage of going organic with most agricultural production to access export markets,’’ he concluded.