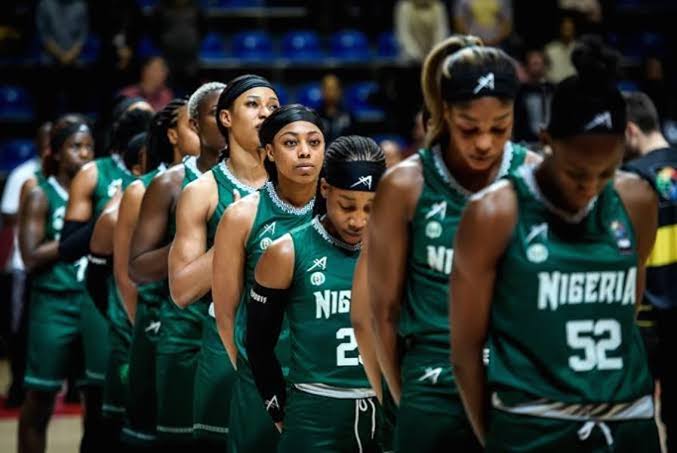 The back-to-back Afrobasket Champions D’tigress will be going to Cameroon to defend the tournament they won in 2017, 2019 respectively.

Nigeria’s D’tigress is drawn alongside Angola, Mozambique in group BSenegal square up with Egypt and Guinea in Group C, Mali, Ivory Coast and Tunisia will slug it out in Group D while Group A consists of Cameroon, Cape Verde, and Kenya.

Women Senior National Team D’tigres will play Mozambique in the first game before slug out with Angola in the second game of Group B. 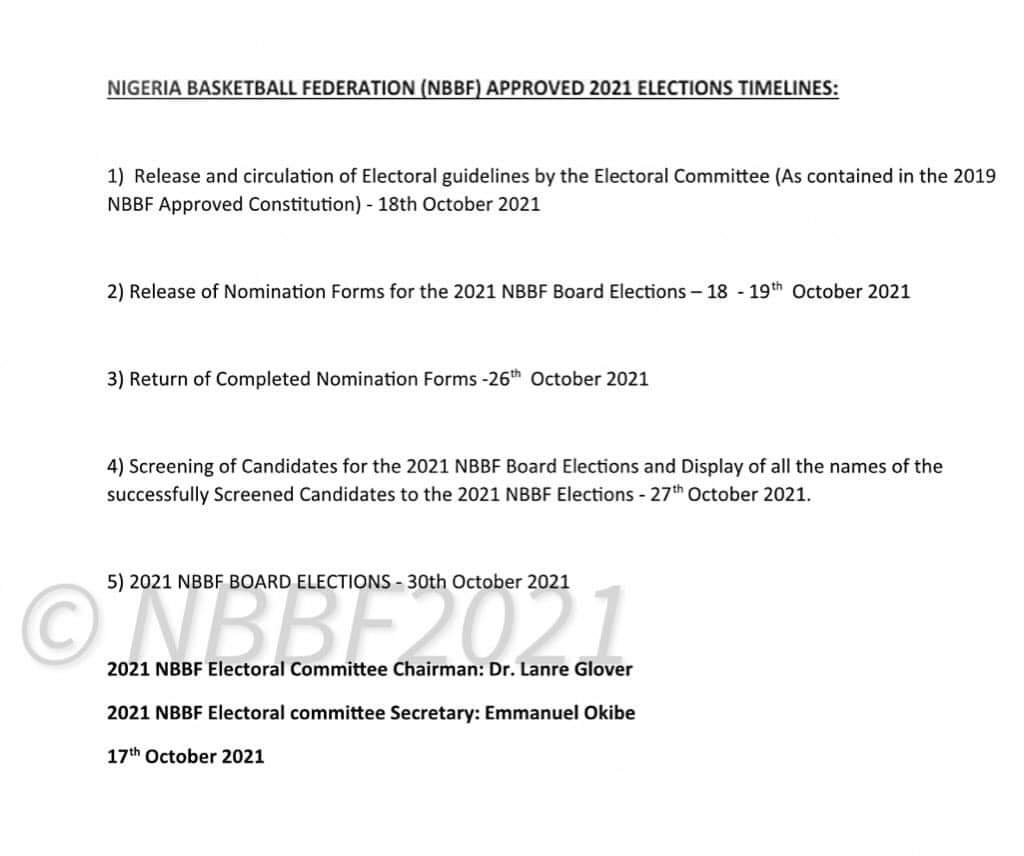 The 2021 Electoral Committee of the Nigeria Basketball Federation headed by Dr Lanre Glover will commence the collection of forms for intending candidates between the 18th and 19th of October, 2021.

In a release by the committee ahead of the October 30 election slated for Benin City, Edo State, all duly completed forms must be returned on or before 26th, October with the screening scheduled to hold on 27th of October.

The committee directed that all forms should be submitted to the NBBF Secretariat in Abuja between the hours of 9am to 2pm or via mail addressed to the Chairman and Secretary of the Committee.

Organizing and supervising of the much anticipated elections and all decisions relating it will be in conformity with the 2019 NBBF status.

Eligible candidates will be vying for the vacant posts of President, Vice President and Zonal Representatives into the North-central, North-East, North-West, South-East, South-South, and South-West zones.

In consonance with article 20 of NBBF statutes, each member state (36 states and the FCT) shall be represented by 2 delegates (Chairman and Secretary) while any representative must produce a written advice duly signed by the Chairman on letter-head paper of the association in the absence of the aforementioned.

All campaigns must cease 24hrs before Election Day while any form of corruption and other forms of direct inducement of voters may lead to the disqualification of the defaulting candidate(s).

The election will be monitored and observed by the Federation of International Basketball Associations representatives and those from the Federal Ministry of Youth and Sports and the Nigeria Olympics Committee.