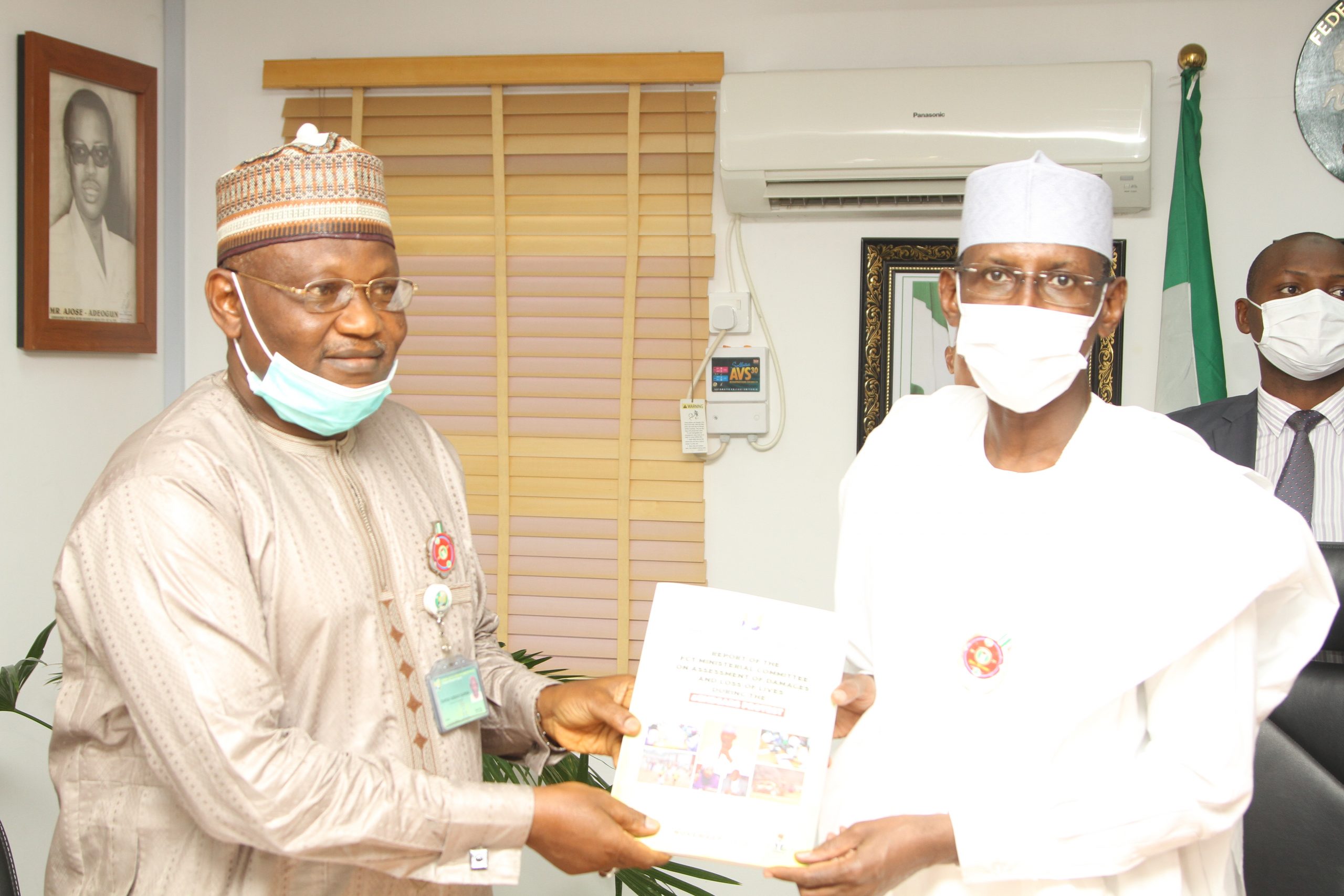 The Honourable Minister, FCT, Malam Muhammad Musa Bello has received the report of the  Ministerial Committee set up to assess losses and damages occasioned by the END SARS unrest in the Territory.

Receiving the report on Tuesday, December 1, 2020, Malam Bello commended the Committee for the timely submission of its report and assured that issues raised will be looked into with the view to ensuring that there is no repeat of such incident in the nation’s capital.

He said: “We will look at the report and use it as a means of ensuring that we don’t allow such to happen again in the future. I am sure the content of the report will guide the Administration to do the needful”.

Presenting the report to the Minister earlier, the Chairman of FCT ENDSARS unrest Damage Assessment Committee, Alhaji Idris Abbass, who is also the Director-General of the FCT Emergency Management Agency, said submissions were received from the general public to ascertain the extent of damage in line with the terms of reference given to the Committee.

He added that the assessment was all-encompassing, saying, “We carried out a physical assessment of these affected places and we used different methodologies to arrive at our report. We had meetings, we also went on on-the-spot assessment and interacted with some of the victims affected. We have already carried out publicity and given due priority via print and electronic media so that the public will be aware of this Committee and make submissions so that nobody will be left out”.

It would be recalled that following the unrest that erupted in parts of the FCT in the wake of the EndSARS protests, the Minister had on November 5, 2020, inaugurated an 18-member committee to assess losses and damages within a 2-week time frame.