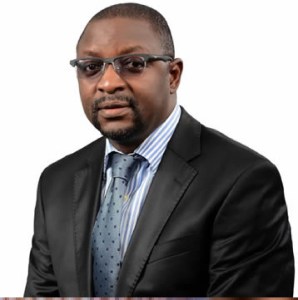 Minister of Youth and Sports Development, Mr. Sunday Dare has stated the facts behind his Sunday 11th October’s visit to his hometown, Ogbomoso during which suspected hoodlums attacked the Palace of the traditional ruler.

The Minister disclosed in a statement he personally signed on Wednesday that he was in the ancient town to commiserate with the family of Isaq Jimoh, a young man who was killed by the police during the #EndSARS protest and other wounded protesters in line with his mandate as the Minister with responsibility for the affairs of the youth in the country adding that his visit was also to ensure the protest did not degenerate to full-blown anarchy following the clash between the protesters and police.

“Following the unconscionable and despicable attack by misguided suspected hoodlums and miscreants who hijacked the peaceful protest by the youth against police brutality under the #EndSARS campaign on the evening of Sunday 11th, October 2020 on the Palace of the Soun of Ogbomosho, His Royal Majesty Oba Oladunni Oyewumi Ajagungbade III and some of the wrong narratives and misinformation about what actually happened, it is important for me to set the record straight so that our people and the general public can be better informed.

” I was at Ogbomoso, my home town, first in my capacity as the Minister with the responsibility for the Youth of Nigeria to commiserate with the parents of Isaq Jimoh who died, in #EndSARS protest, during a fracas with the Police. I visited Ogbomoso less than 48 hours after the unfortunate tragic incident to be with the family of the deceased protester.  Apart from my condolence visit to the family of Late Isaq Jimoh, I also visited other citizens, especially the 12 and 15-year-olds who were victims of police stray bullets at the Bowen Hospital.

“I took the advantage of my visit to also show solidarity with the young protesters who were making a just demand to reform the police and operations of the Police Special Anti-Robbery Squad. I appealed for calm with a promise that the victims will get justice,” the Minister explained.

While giving further details on the attack at the Palace of Soun of Ogbomoso, the Minister who saluted the conduct of his security details and that of the Department of State Security said he was at the Palace to confer with the paramount ruler, his council of chiefs and other leaders of Ogbomoso Parapo who were meeting at the palace when the thugs broke in.

“It was while the meeting was going on that hoodlums, thugs, and other miscreants stormed the palace to disrupt the meeting. As expected, my security operatives responded to protect me, the Soun, his chiefs, other leaders that were in attendance, and the NTA Reporter and Parrot FM journalist. My orderly and DSS operatives scurried us into safety upstairs and stayed with us to fully protect us. They did not fire a shot during the confusion created by the hoodlums.  It is still unfathomable how such a coordinated attack could be unleashed so swiftly.

“The rampaging protesters broke into the palace, destroyed chairs, overturned tables, and broke windows and every valuable thing on sight. I want to state that I do not believe that the people that invaded the Palace of Soun of Ogbomoso were neither Youth nor Students. They were miscreants and thugs who saw a window of opportunity in the genuine protest against SARS by peaceful protesters.”

The Minister who reiterated his earlier position that democracy recognizes peaceful protest as one of the ways citizens can express their dissatisfaction on any issue of importance to them also noted that freedom to protest does not include criminality.

He said, “Peaceful protests are part of the democratic culture for citizens to raise issues of concerns for the government’s attention. The Federal government encourages peaceful protest as an essential ingredient of democracy but will not condone brigandage and criminality under any guise. I once again join the Soun of Ogbomoso and other leaders to appeal to the youth for calm in the face of police brutality which must stop. We must all work together to give peace a chance.”