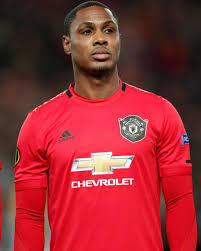 Manchester United star Odion Ighalo has pleaded with the world’s governments to intervene in the genocide occurring in his home country of Nigeria.

Africa’s most populous nation has been plagued by violence in recent as citizen’s protest against police brutality – with several deaths and shootings reported from the altercations.

The country’s capital Lagos – with an estimated 20 million residents came come under a 24-hour curfew, with other regions already trying to keep their residents indoors.

Following Manchester United’s 2-1 Champions League win against PSG, Ighalo called for the world to take notice on what is happening in Nigeria and pleaded for help stopping the government from killing its own citizens.

“I’m sad and I don’t know where to start from,” Ighalo said in a video message from the Parc des Princes.

“I’m not the kind of guy who talks about politics – but I can’t keep quiet anymore about what is going on back home in Nigeria.

“I would say [to the] government are a shame to the world – for killing your own citizens, sending military to the streets, to kill [unarmed] protesters because they are protesting for their rights. It’s uncalled for.

“Today, 20th of October 2020, you people will be remembered in the history as the first government to send military to the city to start killing their own citizens.

“I am ashamed of this government. I am tired of you guys. I can’t take this anymore.