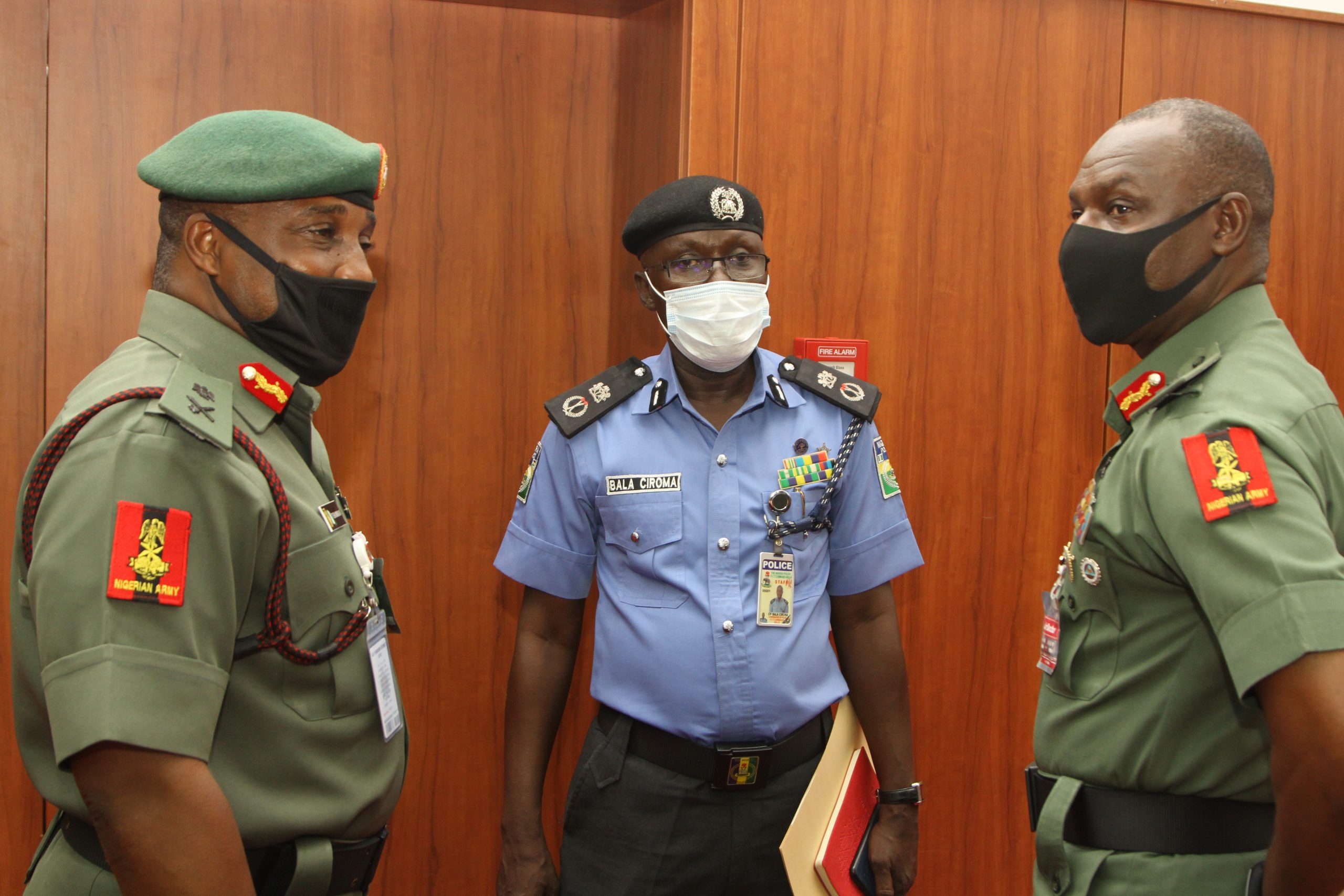 The COVID-19 FCT Security Committee met for its routine meeting on Tuesday, October 13, 2020, to review the security situation in the Federal Capital Territory with a view to addressing identified challenges.

The meeting which was chaired by the FCT Minister, Malam Muhammad Musa Bello had in attendance,   the Permanent Secretary, FCTA, Mr Olusade Adesola,  heads of the various security agencies and military formations in the FCT, senior members of staff of the FCTA, representatives of religious and traditional institutions as well as Area Council Chairmen.

After extensive deliberations, the Committee came up with the following resolutions:

It also noted that in response to the directive of the President and the yearnings of the Nigerian people, the Inspector General of Police has dissolved the SARS across the 36 State Police Commands and the Federal Capital Territory (FCT) where they hitherto existed.

However, the Committee noted with concern that despite the pronouncement by the Inspector General of Police scrapping the FSARS, the #ENDSARS protests continued in parts of the Territory. The protesters caused inconveniences to law-abiding citizens.

While the Committee recognizes the rights of citizens as regards freedom of association and movement as enshrined in the constitution, it has observed that the unruly conduct of the crowd and manner of demonstrations are in complete violation of the COVID-19 safety protocols which were put in place to safeguard the lives of citizens

These violations endanger the lives of not just the demonstrators, but also other citizens going about their legitimate concerns.

For the avoidance of doubt, the COVID-19 guidelines regulating public gatherings recommend physical distancing, temperature checks, the use of facial coverings, amongst others.

Clearly, all these guidelines were flouted by the protesters.

Consequently, the Committee directs that due to the dangers posed by COVID-19, all street demonstrations, protests, and processions will not be allowed anywhere within the FCT.

The Committee also noted the progress being made in the fight against robberies in illegal and unregistered, commercial motor vehicles known as “one chance” and is committed to the introduction of innovative measures that will ensure the safety of commuters.

It however advises commuters to continue to exercise caution and remain vigilant while boarding commercial vehicles.

With the advent of the “Ember” months, the Committee reiterates its commitment to ensuring the safety of road users across the FCT in accordance with existing guidelines by relevant agencies.

It however seeks the cooperation of residents to obey all extant traffic rules and regulations while traveling during this period.

The Committee also noted with satisfaction the successful re-opening of schools after the forced closure due to COVID-19. It however calls on parents, students, and school authorities to continue to comply with the extant COVID-19 safety protocols.

The Security Committee reiterated the commitment of the FCT Administration to ensure that all residents are safe, secure, and able to go about their lawful businesses without fear of intimidation or harassment.