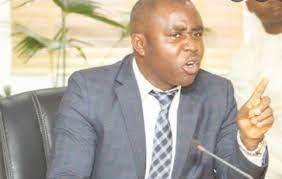 Mr Ikharo Attah, the Senior Special Assistant on Monitoring, Inspection, and Enforcement to the FCT Minister, who led the exercise, said the places posed a security threat to the nation’s capital.

He said that bulldozer would soon hit the Bassanjiwa and Fataan communities that were near the main gate of the local wing of Nnamdi Azikiwe Airport.

Attah also disclosed that all the shanties and illegal structures around the BassanJiwa station of the railway close to the Airport corridor would be pulled down.

According to him, the planned demolition is in continuation of the minister’s directives to keep the city free from illegalities that usually serve as a haven for criminals.

“Marking of these structures is a prelude to the intensive work that we have planned to do in most parts of the city to keep it safer.

“We started with Karonmajiji, then BassanJiwa where people have built up to the railway line which is very bad. The structures are even touching the rail pillars, and for security reasons, we wouldn’t allow such to stand.

“In Kuje Area Council, the traffic in the heart of the town is very bad and we have to reclaim it. We can’t sit down and watch the illegalities continue,” he said.

Attah said pulling down of shanties that have taken over Kuje township road would start after consultation with the Chairman of the Area Council, traditional ruler, and other key stakeholders.

“In Kuje, we will do more of engagement in collaboration with the stakeholders on the need for the people to understand that the illegal structures must be removed,” he said.

On his part, the Director, Department of Development Control, Mr Muktar Galadima, said Kuje was not in the city centre but was one of the satellite towns in the FCT that deserved serious attention from the department.