The Honourable Minister of Youth and Sports Development Mr. Sunday Akin Dare has revealed that the present government under the leadership of President Muhammadu Buhari will do everything within his power to all Nigerian youth are engage. To this end he said building a youthful population that is empowered and successful is one of the cardinal objective of this administration as he said is not limited to Youth and Sport Development but also in Education, Health, Science and Technology, Politics and Leadership.

Minister  assured that Youth Development will take the lead with Sports also getting equal attention.

The Minister stated this when members of the United Northern Youth Students paid him a courtesy visit, in Abuja.

According to him, about 67 million of Nigerian population are Youth and their problems are varied.

“We have seen what their counterpart are doing across the world because of what their country is investing in them, Federal Government through the Ministry intends to put together lots of programmes for the Youth such as self-empowerment and also introducing them to Small and Medium Scale Enterprises in order to enable them to be more competitive and be gainfully employed.’’

Mr. Sunday Dare explained that the Ministry has waded into the crisis over leadership tussle in the National Youth Council of Nigeria {NYCN}, adding that a seven man committee has been set up to resolve all factions and their Presidents, promising that whatever report generated from that will be subjected to another process of a higher level before reaching a final decision.

‘’Youths in this country are hurting themselves because they do not have a single united front  fighting for them, it is illegal to have four people parading themselves as the President of the National  Youth Council of Nigeria.”

In a fresh start, the Minister said it is important for the NYCN to bury whatever interest they have had and that its constitution would be looked into holistically. This will give room and equal leveling field to conduct a fresh and transparent convention to elect an authentic leader that the United Nations and the World Health Organisation will embrace.

He draws the attention of the delegation to the National Youth Policy, which states out clearly what Government should do to empower the Youth and prepare them for Leadership in the society.

Speaking earlier the President of the United Northern Youth Students, Jubir Aminu Meturare, thanked the Honourable Minister for receiving the delegation at a short notice, assuring the Minister that they will work with the Ministry. 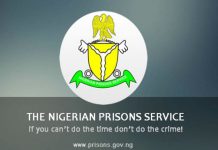 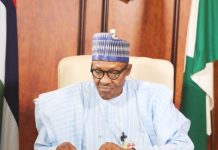 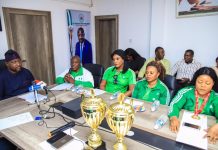