The Federal Ministry of Water Resources (FMWR) has expressed appreciation to the Community Emergency Response Initiative- (CERI) for stressing the need for gender consideration and inclusiveness in the provision of water, sanitation and hygiene-(WASH) services across the country.

CERI Executive Director Mr. Benson Attah got the ministry`s commendation during an advocacy visit to the Gender Unit of the Ministry.

Attah said that it is always important to ensure that, “No One is Left Behind in the provision of water, sanitation and hygiene-(WASH) Services across the country.  He went further to say that, Safe drinking water and sanitation are fundamental human rights and are essential to life and all other rights.

The CERI Coordinator explained how Covid-19 pandemic has come to justify the Number-One Position of water, sanitation and hygiene-(WASH) across the world which previously was not given its pride of place stating that, “ Human rights and the rights to water and sanitation in international law are crucial in ensuring that everyone has access to the basic necessities of life, including water and sanitation. He described human rights as the best legal protection people have.

According to him, “As duty-bearers, governments and any third party contracted to provide water and sanitation services are legally obliged to realise people’s human rights. As rights-holders, people have the power to challenge the denial of these rights. The human rights principles of accountability, equity, non-discrimination and participation are persuasive morally as well as legally.’’

Mr. Benson appreciated the Federal Government for always bridging the gap between the states and local governments, saying the State has the primary responsibility to ensure the provision of water, sanitation and hygiene – (WASH) services which the federal ministry of water resources is currently doing, just as he pointed out that this has led to the state government neglecting their responsibility in this area.

The Executive Director of CERI called on the Federal Ministry of Water Resources to always ensure gender mainstreaming and ensuring inclusiveness necessary in the provision of WASH service delivery ranging from the facilities provided at home, schools, offices, market places, bus and train stations including stadia. He emphasized the need for ensuring gender consideration at every stage, ensuring participation right from policy formation to actual implementation including monitoring and evaluation. Speaking further, the CERI Executive Director observed that main streaming gender and human rights into WASH service provision is to also, ensure that the rights of women, girls, boys and men are duly attended to in delivering water, sanitation and hygiene service provision.

The State governments were further called upon to emulate the federal government in areas where reasonable impacts have been made towards enhancing achievement of National and Global WASH goals by fast tracking the implementation of Clean Nigeria Campaign and PEWASH, WASHNORM, by putting financial instrument in place to support the campaigns in states.

Attah frowned at situations where some state government still have to wait for the federal government to come and intervene in the current cholera situation in over 20 states and the FCT currently being affected which would have been prevented if the affected state governments have played their roles.

CERI is a community based non-governmental organisation committed to water, sanitation and hygiene in Nigeria.

Responding, the Head of Gender and Human Rights Unit, Federal Ministry of Water Resources, Mrs Nkechi Ayogu  Eze said that the ministry is quite aware of the laudable support of the NGO, saying it will remain a strategic partner of the ministry in the eradication of poor sanitation and unsafe water, not only in the cities but in rural areas that are mostly lacking social amenities.

She assured CERI of commensurable collaboration that will be of mutual benefits to the people, government and the organisation, urging them to sustain the tempo 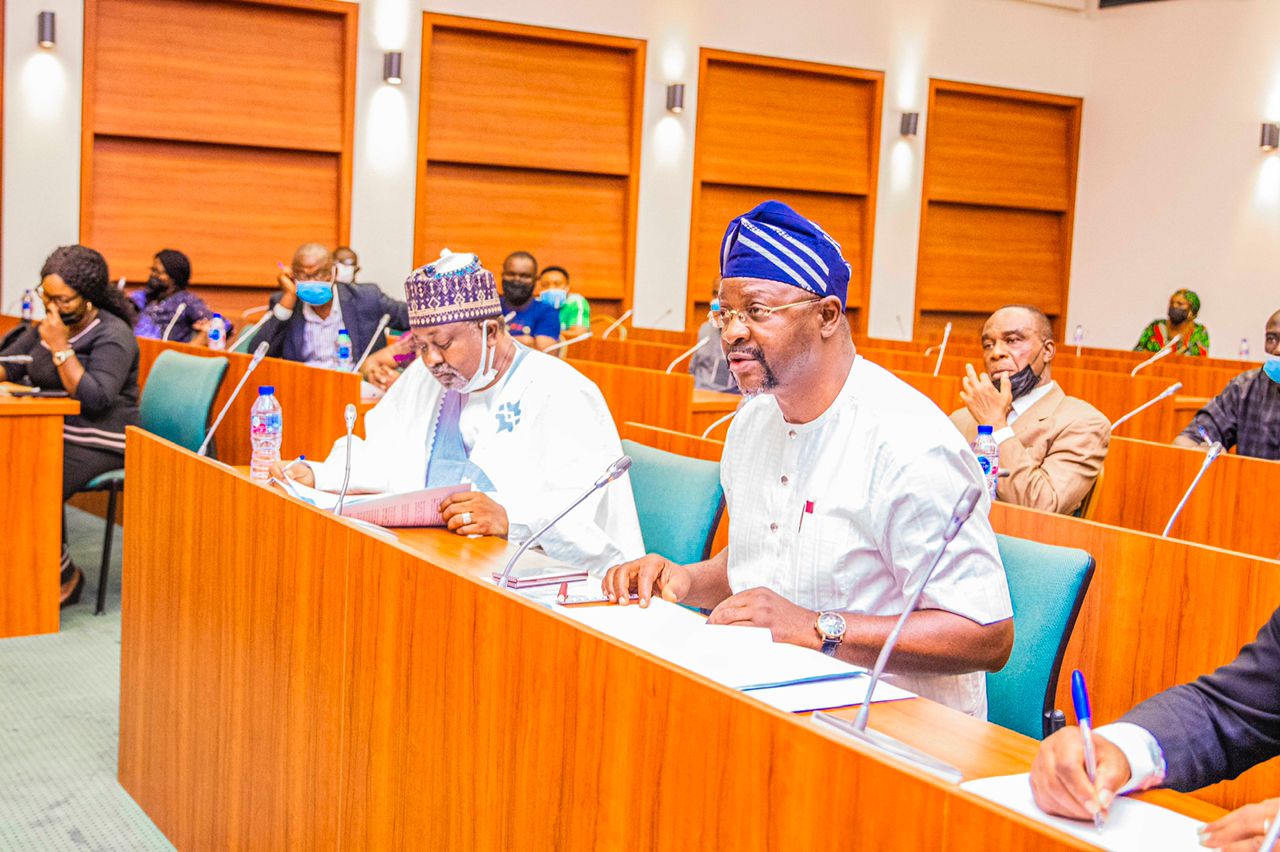 The Honourable Minister of Youth and Sports Development, Mr. Sunday Dare alongside his Permanent Secretary, Alhaji Ismail Abubakar and the Ministry’s Anti-Doping Committee appeared before the House Committee on Sports led by its chairman, Honourable Olumide Osoba.

It was a meeting that provided the Minister with an opportunity to also shed more light on allowances of the women’s basketball team, D’Tigress, payments made to the NBBF and the doping allegations against some Team Nigeria athletes to the Olympics in Tokyo, Japan.

In his report about the doping allegations, The Minister corrected an erroneous impression that many had by clearing the notion that the athletes were not guilty of doping or taking any form of illegal, performance enhancing substance.

“The Athletes were required to take three out of competition tests at 3 weeks intervals which of course they did but took it a week earlier, and that was why they were not allowed to participate in the Olympics. It should also be noted that, these ten athletes were not banned from participating in the Olympics but were ineligible to compete due to their missing the mandatory out-of-competition tests at the appropriate times,” Dare said.

On the allowances of D’Tigress, it was through the adopt-an-athlete initiative of the Minister that the sum of Two Hundred and Thirty Thousand Dollars($230,000) was raised from a group of Banks for the D’Tigress and D’Tigers. This money came in during the Olympics and was deposited into the NBBF’s CBN account.

According to the Minister, “we issued a statement regarding the $230,000 and on return from Olympics the players of both teams were asked to submit their account details so the CBN could process the payment at once, as we speak, we have only details of the female team; D’Tigress and none of D’Tigers obliged to this.

“Prior to now, the CBN have been instructed to process payment of the 12 female team members as first trench payment.

“The Process for the payment for D’Tigress is in place and near completion, the money is intact in the CBN account as CBN has provided statement of account to prove that the $230,000 NBBF fund was not misappropriated.”

According to one of the Honourable members of the Committee, Honourable Dachung Musa, representing Jos South/ Jos East Federal consistency, “We are satisfied now that you have provided the right information, especially the fact that our athletes were not banned or found guilty of taking illegal substances. I will dare to say, information is key in portraying the good image of our dear country.”

The Committee thereafter summoned the former NBBF President, Engineer Musa Kida to appear before it within two weeks.