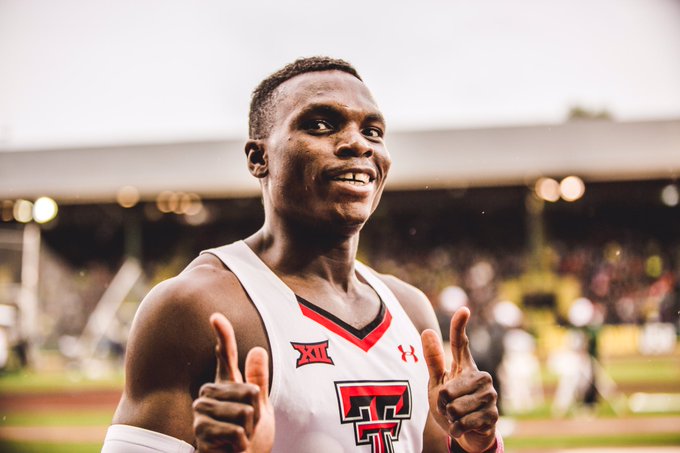 Former Sports Minister and Chairman National Sports Commission (NSC) Mallam Bolaji Abdullahi has commended new sprint sensation Divine Oduduru on his impressive performances at the Michael Johnson Invitational where a he ran a 9.94sec in the men 100m, Nigeria’s fastest since 2006 when Olusoji Fasuba ran a time of 9.85 sec to set a new African record.

At the same meet, Oduduru also ran 19.76 sec in the 200m to erase the former national record of 19.84 seconds set by Francis Obikwelu in 1999 at the World Championships in Seville Spain.

Mallam Abdullahi who was Minister of Sports and Chairman of NSC when Oduduru was discovered at the 2013 African Youth Championships in Warri, Delta State said he followed Oduduru progress since then and he was not surprised by his feats over the weekend.

“I was not surprised by his achievements, I never for a moment stopped following since we discovered him at the Warri 2013 AYAC which we hosted, I knew he was a world beater in waiting”.

Abdullahi posits that Nigerians and indeed the world has not seen the best of Oduduru as he has the potential to run faster and better.

“For him to start the season with such a fantastic time, I know he will get better and chances that he will make podium appearances at the All African Games in Morocco and the IAAF World Championships in Doha”.

Abduallahi also commend the Delta State Government and for their huge investment in sports and Evang. Solomon Ogba for his uncommon passion for athletics and investment of personal resources in Nigerian athletes irrespective of where they come from.

As Minister of Sports and Chairman of NSC Abdullahi support for athletics was unprecedented in the history of Sports Nigeria.

Apart from personal support for athletes, Abdullahi is the first and the only Minister to attend AFN Golden League, African Championships at Youth, Junior and Senior level and the IAAF World Championships.

When the High-Performance Center in Abuja was established, Abduallhi ensured the employment of many athletes’ coaches and generously supported athletes.