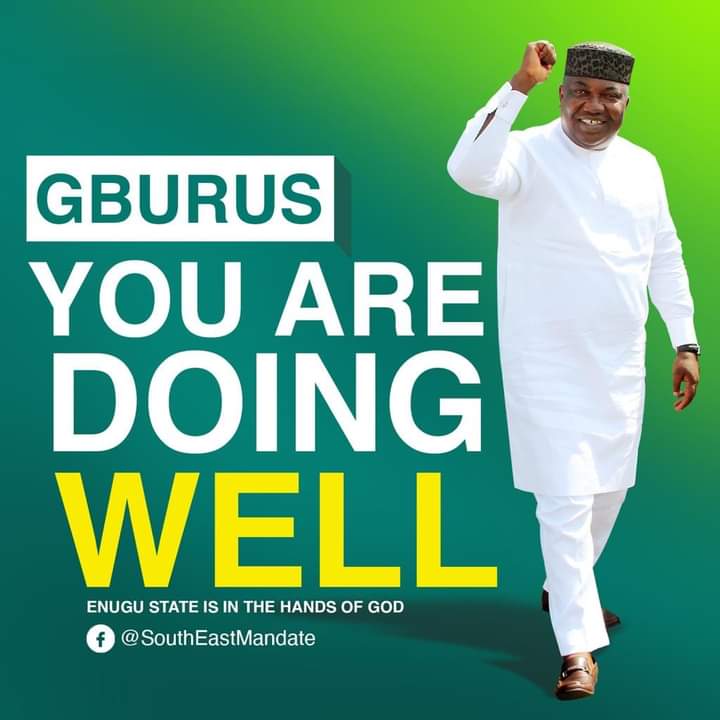 Enugu State since its creation in 1991 never had it so good in terms of peace as it has today. The peace being witnessed under the current leadership of Rt. Hon. Ifeanyi Ugwuanyi is unprecedented in the annals of our history as a people. This has led to the recent well deserved appointment of the governor as a peace ambassador by Global Society for Anti-Corruption. (GSAC). The appointment is no doubt a perfect reflection of the current reality in Enugu State.

Unarguably, never in the history of Enugu State had any government fostered so much peace and enduring unity among the citizens where all political actors work together as it’s being done today. Various testimonies from Enugu leaders of thought including the clergy have confirmed this assertion.

Evidently, former governors of the state, Chief Jim Nwobodo, Dr. Okwesilieze Nwodo, Dr. Senator Chimaroke Nnamani as well as clergymen, Archibishop Emmanuel Chukwuma, Rev. Fr. Ejike Mbaka, and a host of other leaders had all eulogized him for providing the platform for unity, peace, and harmonious existence. They commended him for entrenching peace, tranquility, and good governance, in a manner that has never been experienced before. They further described him as a man of history and expressed delight that he has united everybody in the state irrespective of political leaning. They averred that the culture of peace and good governance he has instituted in the state is fundamentally unprecedented in the history of modern Igbo political leadership.

According to the former governor of old Anambra State, Chief Jim Ifeanyichukwu Nwobodo, since 1999, he had not spent up to 2 weeks in Enugu State, but recently, he has spent 6 uninterrupted months in the state because of peace and security instituted by the Ugwuanyi administration. Dr. Okwesilieze Nwodo on his own part stated that Ugwuanyi has done remarkably well in the area of peace, and added that this is the first time, since the current republic, a regime is providing peace within the party and across party lines. Senator Dr. Chimaroke Nnamani while corroborating the above positions, declared that Ugwuanyi has appropriated justice, equity, and fairness to all, which has, in turn, ensured enduring peace and stability in Enugu State.

Interestingly, even the clergymen were not left out of these outpour of encomiums on the governor. The Archbishop of Enugu Ecclesiastical Province (Anglican Communion), Most Rev. Emmanuel Chukwuma, said that Ugwuanyi’s penchant for peace is unparalleled, and has made Enugu State experience outstanding peace where everybody, irrespective of creed, class, or religious affiliation is given equal treatment. Also, the firebrand catholic priest and spiritual director of Adoration Ministry, Emene, Rv. Fr. Ejike Mbaka, described him as a rare gem, and God-fearing leader who has continued to lead Enugu State on the part of peace and progress, with uncommon zeal, passion, and humility, even after his re-election for the second term in office. The newly elected chairman of CAN, Enugu State Chapter, Rev. Emmanuel Ede, also lent his voice and commended the governor’s peaceful disposition which he said has re-positioned Enugu as one of the most peaceful states in Nigeria.

Undoubtedly, Ugwuanyi is the first governor of Enugu State to enthrone and preside over a state with unmitigated bi-partisan cordiality and mutual relationship among the three arms of government. He equally achieved exceptional consensus between the government and the organized labour, which brought enduring industrial peace in the state. The usual internal wranglings within the government are completely absent in his regime. He made sure no organ or tier of government is in conflict with another since the inception of his administration. In short, the peace currently in Enugu State is akin to the PEACE that passeth every understanding, the PEACE of our Lord JESUS CHRIST, and it’s unprecedented in the history of Nigerian politics.

Apparently, with all these testimonies coming from different segments of the society, it’s abundantly clear that Gov. Ifeanyi Lawrence Ugwuanyi is an enigma, an epitome of peace, and embodiment of love. The recent resurrection/reunion of the Ebeano political family which saw to the reconciliation of sworn political foes in the state was indisputable evidence. Among those reconciled were two former governors, Chimaroke Nnamani and Sullivan Chime. This historic peace accord reached under the auspices of Gburugburu is a major political breakthrough that demands our collective accolades to him. A feat no political leader in the history of Enugu State had ever attempted. No wonder the no-nonsense Catholic priest, Rev. Fr. Ejike Mbaka described him as a sanctuary of conflict resolution.

Ugwuanyi is indeed a gift to Wawa nation as espoused by the President-General of Enugu State Development Association (ESDA), Chief Elechi Onyia, who said his identification of the principles of love, unity, and peace among the political, religious, and traditional institutions as one of the cardinal dreams and aspirations of the founding fathers of Enugu State is unimaginable and highly commendable.

In a nutshell, Enugu is lucky to have a leader like Gburugburu who cherishes peace, unity, and love as fundamentals for good governance. Those in doubt of the veracity of peaceful co-existence should ask the citizens of states where there are political wars, they will surely and continually sing Gov. Ugwuanyi’s praises for being a peace lover and ambassador.

Indeed, Enugu is in the safe hands of God!