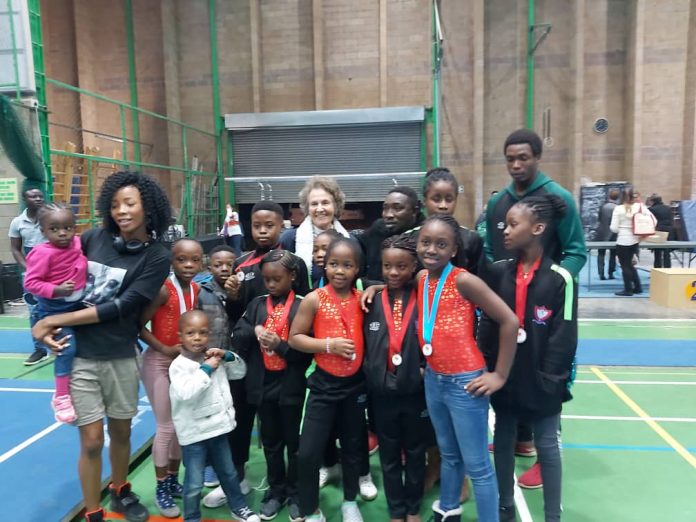 How Visa Hitches Deny Team Nigeria Olympic Gymsatics Qualification- Coach Asuquo
…as TIG club got invite to represent Nigeria at African club Tourney
Joel Ajayi
After a rigourous financial and physical effort put in place by the TIG Gymnastics club of Abuja under the leadership of coach Tony Asuquo to qualify for the Junior Olympic, but still missed the competition courtesy of the late release of team’s passports from the South African High commission.

The competition is for progressions to the Olympics qualifications.
Though, Team Nigeria effort was crowned as the TIG Gymnastics club Abuja Nigeria, got an invite to represent Nigeria at the African club Gymnastics championship at Kempton park indoor sports center Johannesburg South Africa slated for 7th to 8th August 2019. 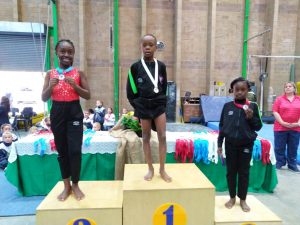 Coach Anthony Asuquo who expressed displeasure from South Africa saying despite the difficulty the team pass through to make the trip but still miss the competition.
According to him, we have missed two of the qualifications in Pretoria and Brits, that gives us slim chance to participate on the Big Stag.
“The reason’s for not attending the qualifications is due to the late release of our passports from the South African High commission. Our passports stayed in the embassy for over 6 weeks with the embassy, when the passports came out on the 7th week. 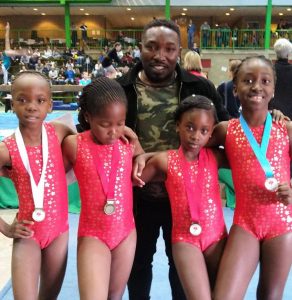 “Again, there was no flight from Abuja to Johannesburg so we decided to take domestic flights to Lagos, there we got flight that took us to libravale in Gabon, we waited another 2hrs, after take off we got to South Africa 3:30am.
“That same day the 2nd of August we went for training that same evening. But at the same time praying to see if they will allow the team from Nigeria take participate in the level 4 to the Junior Olympics competition.
He added: “Then we reluctantly dragged ourselves to Kempton Park, the venue for the competition and as a certified and recognised coach I approached the head of the organisers of the competition, after the conversation they decided to accept the Nigeria team take part in the competition. 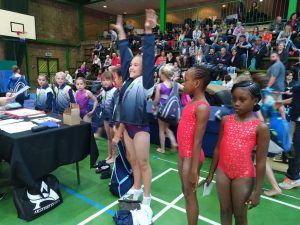 “Some of the Gymnasts that got the visa and couldn’t make it are Gabriella Asemota she didn’t find domestic flights ticket as at the time.
“Also, Tomisin Babatunde and Princes Osirim couldn’t travel because of money to purchase their Tickets, why Ada Okafor and Olasunkanmi passport’s  wasn’t ready as at the time the team depart.” He lamented.
However, the registered Gymnasts that participated in the competition with medals won include:
Stephanie Onusiriuka – Level 6 a Gold.
Akachi Umeh – level 4 a silver.
Imabassy Peters – Level 4 a bronze.
Oluwaposi folorunso Level 4 a bronze.
Kaima Ihedioha Level 5 a silver.
Akanimoh Peters level 4 a bronze.
Munachisom Ihedioha Level -4 a bronze medal.
Olayinka Kolade Level 4 a bronze medal.
Abigail Kolade  level 4 got a Gold medal. YOUTH AND SPORTS MINISTRY WILL WORK WITH NCC FOR EMPOWERMENT