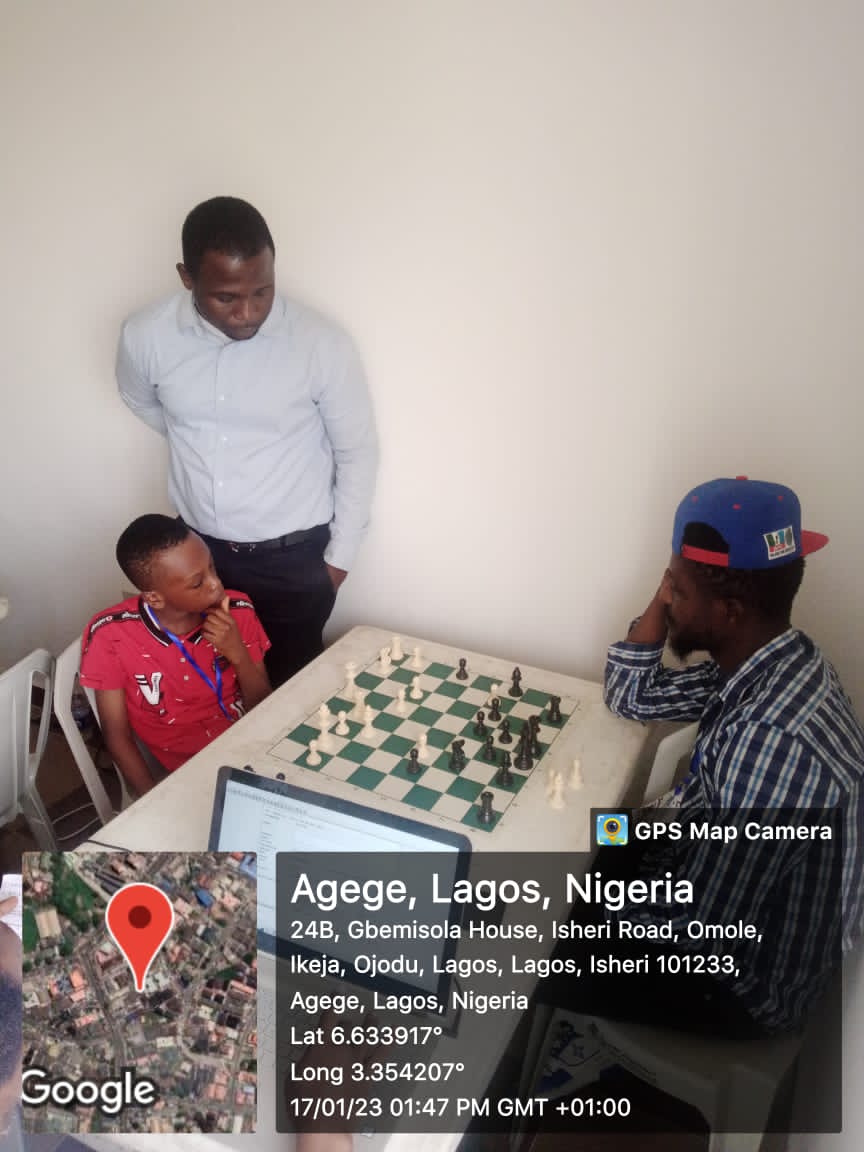 As action continues at the Ikeja Games organized by The Member Representing Ikeja Federal Constituency Honorable Abiodun James Faleke in conjunction with the National Institute for sports,  a 10 year old Chess player Emmanuel Adejorin stole the limelight  in the Chess event where he defeated older players with his mastery of the game.

The 10 year old student of  GraceBrook Secondary school displayed a great  knowledge of the game which has  many people  tipping  him to become another future  champion like the 12 year old prodigy Tanitoluwa Adewumi who rose to stardom at the age of 8 years. Adejorin may be blazing  the trail of Tanitoluwa who has become a sensation  in  Chess due to his unprecedented skills.

Although he was eventually  eliminated  in the quarter  finals,  Adejorin impressed  organizers  and NIS officials who are officiating at the Games which made  them promised to further expose him nationally  and internationally.

The player who was escorted  to the competition  by his mother said he hopes to make  an impact in Chess, while not losing sight of pursuing his academics.

Already there are plans to expose him to National competitions so that he can become part of the National team in the future.

While  having a discussion with the Chairman of the Games Mr.Bayo Ayo and some other members of the organizing Committee the NIS  Director General Prof.Olawale Moronkola promised to link  the 10 year old and other discoveries with the  appropriate Sports Federation,Lagos State Sports  Commission and the Nigerian School Sports Federation.

“Some events like Ludo, Ayo Olopon, Snooker, Chess, Card Games are already in the quater finals  with   large turnout of spectators  at all  the venues.

The table tennis event will start on Friday 20th of January  at  the event hall of Ojodu LCDA Secretariat. The Basketball games will dunk off on Friday   at   the Basketball court in Police College GRA, Ikeja.

Organizers have commended the high standard and the spirit  of sportsmanship  displayed by participants.