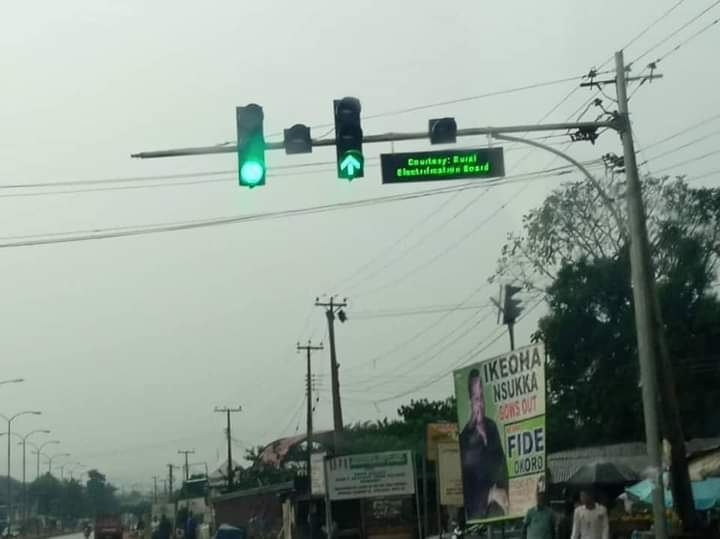 Nsukka is the host community to the first indigenous university in Nigeria, the University of Nigeria, Nsukka, (UNN), founded in 1955 and officially opened in 1960. The town, apart from playing such a historic role in the academic world, also prides itself as the administrative headquarters of what is known today as Enugu North Senatorial Zone in Nigeria’s political structure. It is a town blessed with clement weather, the best, east of the Niger, and one of the most friendly in Nigeria.

In addition to its mild weather condition, Nsukka has a serene environment, adorned with beautiful green vegetation and fascinating hills. In short, the town is an epitome of beauty and serenity akin to what obtains in Europe and parts of Australia. These formed the basis of attraction, that influenced its choice as a permanent abode for the great Zik of Africa, Rt. Hon. Dr. Benjamin Nnamdi Azikiwe who lived there all through his life.

However, despite all these natural features and sterling qualities bestowed on the town by creation, successive administrations in Enugu State treated it with ignominy and found no compelling urge even in the midst of many, to enhance its development. Little or no attention was paid to the town and its environs, hence, it looked like a glorified village. This is a town with great tourist potentials and economic opportunities of immense magnitude.

The special specie of yellow pepper known as Nsukka pepper (OSE NSUKKA) and a local seasoning known as okpei Nsukka are among the distinct economic potentials of the town beckoning on investors for maximum exploitation, but government after government in Enugu state continued to pay lip service to it. The huge socio-economic potential of the town untapped could best be likened to, and described as a wasted opportunity of a sleeping giant, before the timely arrival of Rt. Hon. Ifeanyi Lawrence Ugwuanyi as the executive governor of Enugu state.

Expectedly, and as a leader with eyes on rural development, Ifeanyi Ugwuanyi dramatically changed the narratives within a short while and Nsukka has gained its rightful place in the scheme of things as the second-largest city in Enugu state and one of the fastest-growing in Nigeria. He quickly swung into action on arrival by addressing the agelong decayed and abandoned infrastructure in the town. He fixed 85 percent of its roads and above all, the perennial intractable electricity problem. He is, as well providing new facilities, such as secretariat annex, upgrading of existing health institutions, control of devastating erosion, provision of a modern stadium, and housing estates, to give the town a facelift. He is also taking the security of the place to the next level by providing modern facilities to the Nigerian Police and the state’s Neighborhood Watch.

In addition to the above feat which was initiated to bring the town at a developmental par with its contemporaries across the globe, the amiable governor of Enugu State, Rt. Hon. Ifeanyi Ugwuany conceived and is currently implementing the installation of the traffic light at strategic junctions and roundabouts in the city. By this singular action, the governor has taken care of multiple problems, which range from prevention of accidents as a result of unregulated reckless driving, to exposing of Nsukka residents to modern driving rules and regulation. Those ignorant folks seeking to know the importance of traffic light in a rising urban settlement like Nsukka should be reminded that nothing can be equaled to human lives that the policy will safe.

Undoubtedly, the use of traffic light will regulate reckless driving by motorists and reduce road accidents and deaths. It will certainly bring sanity to traffic activities in the city and organize it as a modern society. It will additionally inculcate traffic discipline and decorum in Nsukka residents and visitors alike.

Considering the many benefits accruable to this lofty project as enunciated above, the installation of the traffic light in Nsukka is one of the best things to happen in Nsukka recently as far as informed residents and road users are concerned. Now, the town enjoys modern facilities that can attract investors who are willing to take advantage of the opportunities abound in them. Ugwuanyi’s administration has successfully created another city in Enugu State which will, in no distant time flourish economically. The ESUT College of Medicine currently under construction in Udenu will provide the tertiary health care needs of the people and ameliorate their sufferings and stop their usual travel all the way to Enugu whenever they have major health needs. Sportsmen and women can now access modern facilities for their training and activities via the new Nsukka Township Stadium which is nearing completion.

The power problem promptly addressed by the purposeful leadership of Ifeanyi Ugwuanyi will definitely re-position the economic viability of the city and its environs, with the potentials of attracting a population of people seeking greener pastures from all walks of life. Enugu people as a matter of fact owe this administration overwhelming gratitude for raising another viable city in Nsukka to help decongest Enugu which has long been saturated as a result of its role as the only major city in the state. The one city status which Enugu State was hitherto known with has now become history as Enugu citizens currently have an alternative place in Nsukka where they can channel their developmental energy.

The doubting Thomases who, before now, though it was impossible to achieve this great feat, are now disappointed. But, it does not really matter whether they recognize and appreciate it or not, what matters most is that Nsukka has been elevated to the status of a mini-city by Gov. Ugwuanyi in line with his administration’s rural development drive.

While I commend him immensely for this remarkable achievement and other milestones recorded in transforming Enugu State by his avowed commitment, I implore him to continue moving ahead, as the unalloyed support of all well-meaning citizens of the state is intact.

Enugu is truly in the hands of God.