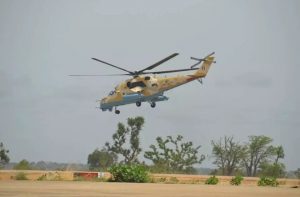 The logistics base of the Boko Haram insurgents at Bula Bello on the fringes of the Sambisa Forest in Borno State has suffered great bombardment by operatives of the Nigeria Air Force (NAF).

NAF Director of Public Relations and Information, Air Commodore Ibikunle Daramola, who made the disclosure in a statement on Thursday in Abuja. 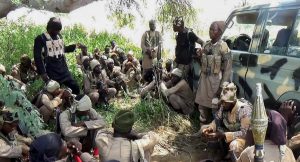 Speaking further, Daramola revealed that the operation was executed after Intelligence Surveillance and Reconnaissance missions revealed that the settlement was being used by the insurgents as a staging area to launch attacks against troops.

He said, “Consequently, the ATF dispatched two Alpha jets and a MI-35M helicopter to attack the identified buildings within the settlement.

“Overhead the target area, several Boko Haram fighters were seen within the settlement.

“The structures were damaged by the strikes while several of the terrorists were neutralised.

“The few surviving fighters were taken out in follow-on strikes by the MI-35M attack helicopter.” 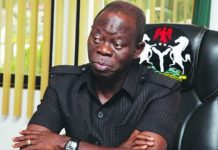 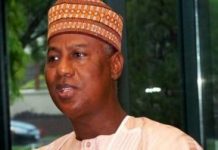 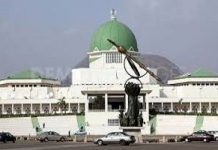 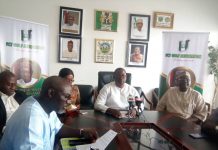