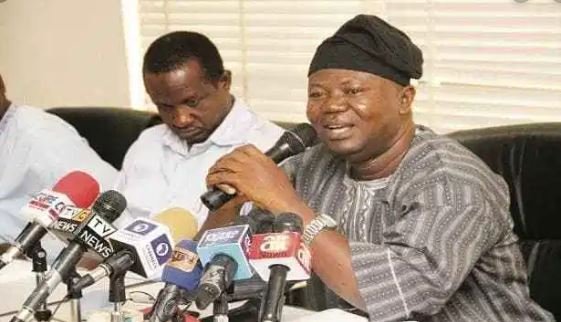 Members of the Academic Staff Union of Universities (ASUU) did not enrol yesterday into the controversial Integrated Payroll and Personnel Information System (IPPIS).

The Federal Government had directed that workers at its universities and colleges of education across the country enrol into the new payroll.

Our correspondents, who were at Federal universities to monitor compliance with the directive, report that the union members remained recalcitrant.

At the University of Lagos (UNILAG) and the Federal College of Education (Technical) both in Akoka, Lagos, the enrolment did not take off.

A team from the Office of the Accountant General of the Federation (OAGF) expected to supervise the enrolment did not show up.

Our correspondent saw workers of both institutions, especially the non-academic staff in UNILAG, preparing documents required for the exercise.

According to the timetable, the Faculty of Arts, the Library Section and the Distance Learning Institute were to enrol yesterday.

But the UNILAG chapter of ASUU directed its members to stay away from the exercise.

The union’s Chairman Dr. Dele Ashiru said ASUU would not be part of the exercise.

The Chairman of Senior Staff Association of Nigerian Universities (SSANU) at UNILAG, Sowunmi Olusola, said the union’s members would be actively involved and that modalities had been worked out to fine-tune the irregularities in the government’s payroll system.

At FCET, Akoka, the Director of Information, Mrs Babalola, said the management was expecting the IPPIS team.

She said: “We are to start today but we have not seen anybody.”

It was also gathered that workers of Yaba College of Technology had been enrolled some weeks ago.

At the University of Abuja (UNIABUJA), a circular by the Registrar, Malam Y. I. directed the workers to enrol in the payment system.

It reads: “Please, be informed that the Office of the Accountant-General is scheduled to commence the enrolment of staff of Federal universities and colleges of education in Nigeria into IPPIS on Monday, November 25, 2019, to Saturday, December 7, 2019.

“While details of the arrangement will be communicated to you when further information is received from the office of the Accountant-General, staff are enjoined to cooperate to ensure a seamless exercise.”

But, as directed by ASUU’s national body, its members at UNIABUJA boycotted the enrolment.

ASUU members at the Federal University Lafia (FUL), Nasarawa State, insisted they would not participate in the IPPIS enrolment.