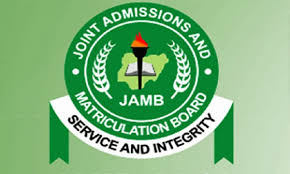 The Joint Admissions and Matriculation Board (JAMB) on Friday nabbed personnel of the Nigeria Police Force, one Mr. Israel Etim for engaging another person to sit for him in the 2020 Unified Tertiary Matriculation Examination (UTME).

Etim, a Police Constable in the Akwa Ibom State Command,  registered for the exam with his name while the mercenary used his picture and other biometric details to sit for the exam.

The Policeman was said to have applied to study Fishery at the Akwa Ibom State University in the 2020 UTME.

While recounting his ordeal in Abuja, Etim told Journalists that he paid N30,000 to engage the services of the mercenary who is a teacher, one Emmanuel, now on the run,  to sit for the exam as he was away on special duties.

Etim, after scoring over 240 in the exams decided to commence the admission process but was told that he won’t sail through because of the disparity in the picture,  which prompted him to visit JAMB’s office for correction, a move that landed him in trouble.

“I went to their (JAMB) office to change my picture when they told me (in Akwa Ibom) that I won’t be able to use the result because of the picture,” he said.

Etim in an emotion-laden voice appealed to JAMB to temper justice with mercy, promising to help the board in investigating issues of impersonation in UTME.

Responding, Prof. Ishaq Oloyede, JAMB Registrar, said Etim would be prosecuted in accordance with the law.

Oloyede expressed concern on the antics of some candidates that try to circumvent measures put in place to prevent impersonation.

He cited an instance where a woman’s name appeared on the registration list and a man would attempt to sit on her behalf.

According to him, some candidates complain that they have registered for our examination but could not be verified on the day of examination.

” Many do not grasp the full import of their claims as such candidates, who are more often than not impersonators, expected to be allowed to enter the examination hall without undergoing necessary searches.

“However, in the last UTME, the Board introduced the taking of a snapshot of the candidate who claims they could not be verified and comparing the new picture with the one in our database.

“As a result of this innovation, only very few cases of impersonation were recorded compared with the number in the past,” he said.

The JAMB boss, however, assured candidates that had genuine verification challenges during the 2020 UTME, that the Board would fix a new date for them to write the exam.

Speaking on Israel Etim, Prof. Oloyede said the policeman was one of the 657 candidates that requested for change of picture in their registration profiles, adding that he was arrested where he could not give convincing reasons , before he later confessed to engaging a mercenary in the exam.

“657 want to change pictures and we are now asking them to come forward  and give reasons for the change, we are expecting them,” he said.

He said the directive by the Minister of Education, Adamu Adamu, that all institutions should use the already captured biometrics and  pictures by the Board in processing admission has made it impossible for candidates whose examinations were taken on their behalf by professional examination takers to gain admissions.

“A good example of the above closely is an arrested member of the Nigeria Police Force, Mr. Etim Israel, who had hired a teacher, one Mr. Emmanuel, still at large, to sit the UTME for him and now wants to change his picture to enable him secure admission.

“This is because the new measures in place would not let him dare show his face in his chosen institution as it is the picture of his impersonator that would be displayed at the screening venue,” he said.

Prof. Oloyede, however, said the Board may not have the capacity to ensure the robust  prosecution of all those involved in impersonation during the UTME, but will select some from across the country to face the wrath of the law