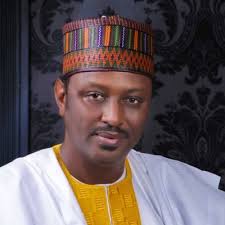 The Director-General of the National Institute for Hospitality and Tourism, (NIHOTOUR), Alhaji Nura Sani Kangiwa has expressed his delight with the Federal Government’s directives for the introduction of tourism in the curriculum of secondary schools in the country.

Alhaji Kangiwa who made this known while declaring open a Train the Trainer program for teachers of tourism in the Federal Capital Territory organized by the Institute in Abuja, said tourism remains one of the world’s biggest employer of labour and a substantial contributor to the GDP of most countries.

He said giving Government’s renewed interest to diversify the economy and tourism as one of the considered sectors for diversification, there was no better time than now to groom the youth into taking interest in tourism as a professional course of studies, as well as to urge them to venture into the sector as key players on a self-employment basis.

The Director-General noted that with the present spate of youth unemployment resulting into youth restiveness tourism as a service industry has the capacity to offer employment opportunities to our teeming youths, stimulate Nigeria’s economic growth, generate foreign exchange and contribute to domestic earnings through fees and taxes

Speaking further, Kangiwa said The National Institute for Hospitality and Tourism has the mandate to provide skills proficiency, technical upgrading programmes and professional knowledge-based education in the Hospitality and Tourism Industry in Nigeria, calling on all interested individuals, practitioners, and stakeholders to seize the opportunity of enrolling for the Institute’s programs in one or more of its campuses in the six geopolitical zones of the country including Abuja, the Federal Capital Territory.

Participants at the Train the Trainer program who were drawn from selected secondary schools in the Federal Capital Territory, Abuja expressed their delight with the training as, according to them, they will be better equipped to teach tourism as a subject and impact their students with better knowledge of the subject