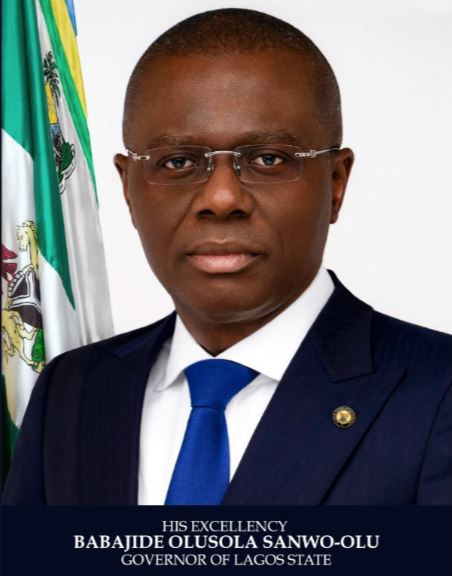 As part of it’s determination to grow tourism sector in the country, arrangements have been concluded for a roundtable conference on Thursday 24th – Friday 25th November, 2022 in Lagos to set an agenda and chart a roadmap for tourism development of Lagos State as the preferred destination in Africa.

In a statement issued on Wednesday by the Institute for Tourism Professionals of Nigeria (ITPN) revealed that the roundtable Confab scheduled to hold at the Eko Hotels and Suites with the theme: Lagos Tourism: Yesterday, Today and Tomorrow,
Converter, the Lagos state chapter of ITPN asserts that Lagos state government has shown sufficient commitment and its resilient in growing its tourism potentials.

According to the statement, while tourism was globally plagued by the Covid-19 pandemic that ravaged the industry, Lagos state was able to stand to the challenge of the pandemic by its proactive actions at mitigating the scourge as well as cushioning of the negative economic impacts and hardships on industry operators for palliatives with grants and interest free loans worth One Billion Naira.

“The Institute was inspired by this singular and unique attributes of the Lagos state government in the show of concern for the travel tourism and hospitality industry of the state and its desire, as expressed in many fora, to grow the state tourism potentials for the socio-economic benefits of the people.

“The roundtable conference is to further put Lagos state in public and private sector domain with the view to charting the way of consolidating the industry’s position and open a new chapter of progression after the Covid-19 pandemic for accelerated recovery and boom.Sub themes expected to be deliberated up on includes.

“Tourism Plan: Implementation, prospect and challenges and Technology and Tourism in the 21st century: The Way Forward for Lagos Tourism.

However, the event is expected to have in attendance key players in the tourism industry of the country including the Lagos state Governor, Babajide Sanwo Olu, President of the Federation of Tourism Associations of Nigeria (FTAN) Nkereuwem Onung, Nura Sani Kangiwa, Director General of the National Institute for Hospitality and Tourism (NIHOTOUR)Others are, Mr. Folorunsho Coker, Director General of the Nigerian Tourism Development Corporation (NTDC) Chief Abiodun Odusanwo, National President of the Institute for Tourism Professionals of Nigeria ITPN and Otunba Wanle Akinboboye, Founder/CEO, La Campagne Tropicana Beach Resort. The Chinese Embassy in Nigeria has honoured Nura Sani Kangiwa, Director General of the National Institute for Hospitality and Tourism (NIHOTOUR), at a colourful ceremony to mark the 51st Anniversary of the establishment of bilateral ties between China and Nigeria held at the Cultural Centre of the Embassy in Abuja.

The Award tagged October 1st Award of China – Nigeria Friendship was bestowed on Kangiwa in view of his very valuable contributions to the growth and sustenance of healthy bilateral relationship between Nigeria and China and further urged Kangiwa to remain steadfast in his most-worthy contributions in the service of humanity and among nations of the world for better international cooperation.

Making the presentation of the Award on behalf of Mr. Cui Jianchun, the Chinese Ambassador to Nigeria, Mr. Zhang Vi, The Minister Counsellor in the Chinese Embassy, noted that Kangiwa has continuously worked and cooperated with the Embassy in cultural, tourism and hospitality promotion activities that have boosted the existence of cordial and bilateral relationship between the Embassy of the Peoples Republic of China and Nigeria.

In his response, Kangiwa who expressed his gratitude to the Embassy for the recognition, promised to continue to cooperate in efforts at promoting healthy bilateral ties between the two countries for socio economic and cultural benefits of both countries, noting that the Award will spur him to do more in his service to Nigeria in particular, and humanity as a whole.

Kangiwa was among 51 prominent Nigerians honoured at the ceremony for their contributions in various fields and spheres of human endeavours by the Embassy of the Peoples Republic of China at this year’s 1st October Award of China – Nigerian Friendship Anniversary.