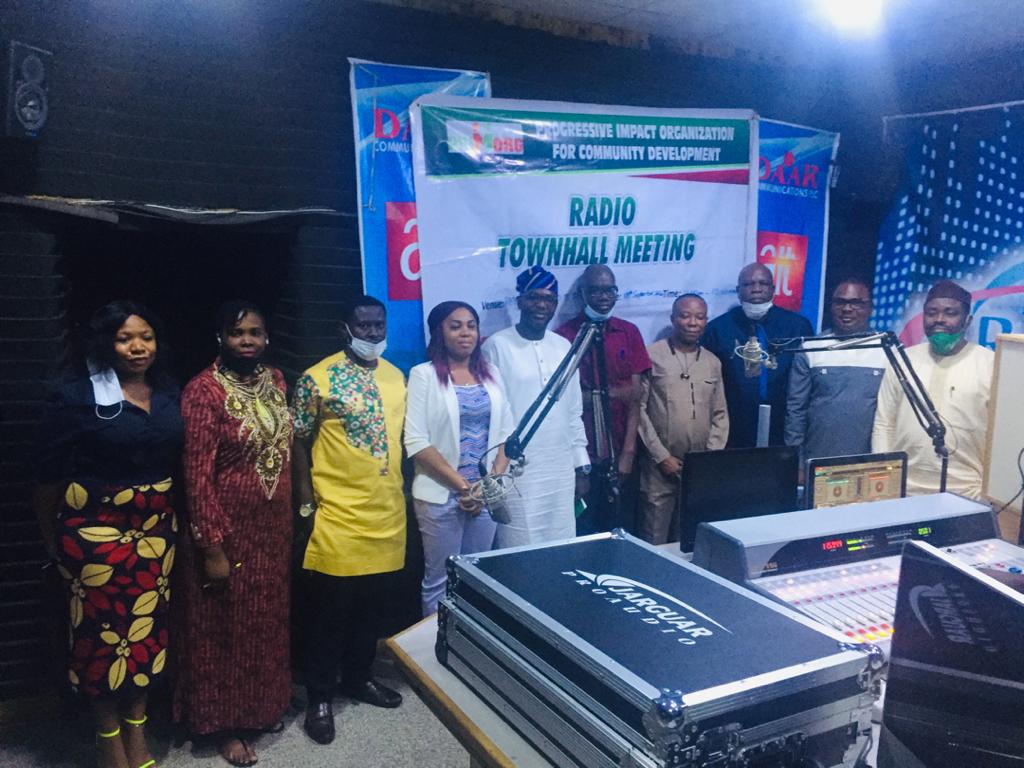 …..As Stakeholders call on Buhari, NASS for urgent legislative action

A major stakeholder in the fight against corruption in Nigeria, the MacArthur Foundation says Nigeria must now move beyond policy to legislation to institutionalize and protect whistleblowers in the country.

In his intervention at a Radio Town Hall Meeting in Abuja, the African Director of Macarthur Foundation, Dr. Kole Shettima said that the next step for Nigeria is going beyond the whistleblower policy.

His words: “The next step is to have a law that will support the whistleblower. Although this has been an issue in the National Assembly for sometimes now.”

Shettima assured that MacArthur Foundation in collaboration with civil society organizations in Nigeria is working hard to ensure more public education on the issue and to see if a law to protect whistleblowers can be passed by the legislature.

Stakeholders have attributed the growing persecution of whistleblowers to the Federal Government’s lack of political will on creating strong institutions and legislation for whistleblower policy.

Participants during a radio town hall meeting against corruption, theme: Whistleblowers and The Challenge of Absence of Legal Protection: Cases of Dismissal of Whistleblowers, held Friday by the Progressive Impact Organization for Community Development (PRIMORG) in Abuja.

The town hall meeting is coming on amidst growing cases of victimization of some Nigerians who exposed corruption in their places of work.

It will be recalled Ms. Fidelia Onoghaife was sacked by the Netherlands Embassy in Abuja after she blew the whistle on OPL 245 fraud. Ameh Joseph, another victim of whistleblowing who spoke from Delta State on phone during the meeting shared his touching ordeal at the Federal College of Education (Technical), Asaba, Delta State after exposing corrupt activities.

“I speak in great dismay of the ordeal of corruption in our great country. I saw the corruption that has been institutionalized with impunity and carried out in routine, a multibillion naira one conferring monstrous financial, unmerited favors to the numerous participants.

“Although I was faced with the alternative of being part of the corruption against this country, I was treated as an enemy and outcast for 10 years.

“The plot to dismiss me as the obstacle to the success of their evil activities was now actualized by the termination of my service on May 13, 2020, to permanently silent my voice.”

Ameh Joseph added: “My challenges are the fears impacted on my children when I was trailed by a tinted car, the cost of maintaining two homes, and most traumatizing is the kids missing fatherly supervision, love, and care from me,” he cried out.

Reacting earlier on the lack of legislation for whistleblowing, a Senior Team Manager, Open Society Justice Initiative, Prof Chidi Odinkalu said the public service is configured in such a way that whistleblowing is discouraged, stressing that the system made it known whistleblowers that they have no hiding place.

“The underlying attitude and configuration about public service space is quite fundamentally opposed to transparency, whistleblowing to any effort to ensure accountability. Our accountability system in the court is not configured to accommodate that either so how do we create an incentive system that accommodates whistleblowers to get some protection,” Odinkalu queried.

According to Godwin Onyeacholem, Senior Program Officer, African Centre for Media & Information Literacy (Africmil), the whistleblower policy remains a policy with no legal backing yet then within the policy there is provision for protection.

His words: “The problem we have is that of enforcement, the government is not complying with the provision of protection, there is a provision for the protection of the whistleblowers within their own policy which was made in December 2016, but they don’t comply with that.

There is no way you can encourage whistleblowers if you don’t protect them. There is no guarantee for zero reprisal. If you want to blow the whistle, make up your mind that there would be retaliation or retribution.”

Onyeacholem faulted the government on the persecution of the whistleblowers. “Government all over are making legislation to ensure that organizations are putting whistleblowers procedures all over but we don’t see that happening here.

“It’s not about the whistleblower, it’s about the willingness within the state itself to ensure that this happens,” Onyeacholem stated.

President of the Civil Liberties Organization (CLO) Igho Akeregha noted that the anti-corruption agencies have not been doing enough to protect whistleblowers. He however urged citizens not to be discouraged in exposing corruption.

At the end of the meeting, stakeholders recommended the following: “that Nigeria needs to create its own mechanism of protection by establishing whistleblower fund which could be administered by the concession of interested action; Civil society organization must continue the campaign for legislation of whistleblower policy; In the absence of the enactment of comprehensive whistleblower law, the executive and legislative arm of the government should be held responsible using the media; and there should be a mechanism to support the victims of whistleblowing and victims should be compensated.