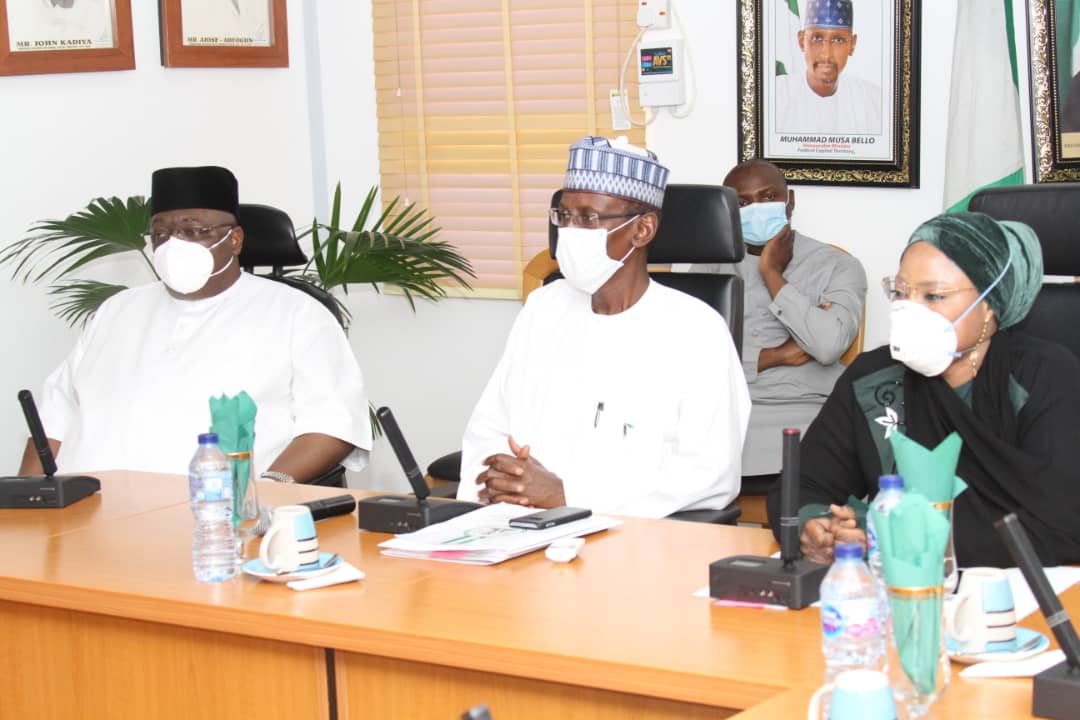 As community leaders, political leaders and our elected representatives, it is your duty to use your existing structures, your tentacles, within all the communities to sensitize and inform the general public of what every person needs to do because without this joint effort and community participation, there is no way the medical efforts alone will be successful”. 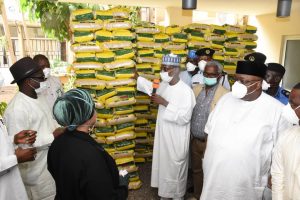 These were the words of the FCT Minister, Malam Muhammad Musa Bello following a meeting held with the political leaders in the FCT on Thursday, 2nd April.

The Minister reminded the political leaders that should the virus reach the grassroots level and attain community wide spread, it will become extremely difficult to fight. He therefore appealed to them to resuscitate their political structures and influence to sensitize the populace in the fight against the virus.

Malam Bello said “…that’s why I’m appealing to you to reactivate all your political structures in the 62 wards of the FCT. Use all your men and women that you used during your campaigns; use them now to help us all fight this pandemic because it is crucial and that is why we call upon you to support us”.

The Minister reiterated that COVID 19 can be defeated using a two pronged approach of heeding to medical directives and the distribution of palliatives to help the most vulnerable in society.

He therefore urged the political leaders to sensitize their people on the need for personal discipline and hygiene consisting of constant hand washing, maintaining social distancing and abiding by all other medical measures.

Speaking on the flouting of the stay at home directives, by some residents, Malam Bello directed the security agencies not to hesitate to arrest anybody found to be disobeying.

He said “we also emphasized the need for the security agencies to be very firm with anybody, individual or group that flouts the regulations enunciated by the Federal Government and the Presidential Task Force on COVID 19”

While appealing to the people of the FCT to come together and collectively fight the pandemic, Malam Bello said that was the only way it could be defeated. He also acknowledged the support the FCT Administration has received from the political leaders of the FCT.

In her own remarks, the FCT Minister of State, Dr Ramatu Tijjani Aliyu, once more reminded residents to obey the anti COVID 19 measures put in place and stay at home. She also said that while fumigation of public areas have intensified, there was the need for residents to play their part by remaining indoors and stop the spread of the virus,

Speaking on the distribution of palliatives, Dr Tijjani Aliyu said that adequate arrangements have been put in place to ensure that only those who were entitled to the palliatives actually receive them. She said that the FCTA was working with the grassroots leaders made up of councilors, ward leaders, civil society, youth groups as well religious organisations in this regard.

She also said that several volunteers in the FCT have been donating their time and resources in the fight against the Coronavirus revealing that so far about seventy vehicles have been received and ready to be deployed along with vehicles from the FCTA and Area Councils to transport food stuff from five stores where they were currently being warehoused.

In his remarks, Senator Phillip Aduda commended the FCT Minister and Minister of State for the proactive measures the FCTA has taken in the battle against COVID 19 and pledged the support of all the political leaders of the FCT, regardless of political affiliation.

The Senator donated 1000 bags of rice and over 150 cartons of hand sanitizers for the fight against the virus.