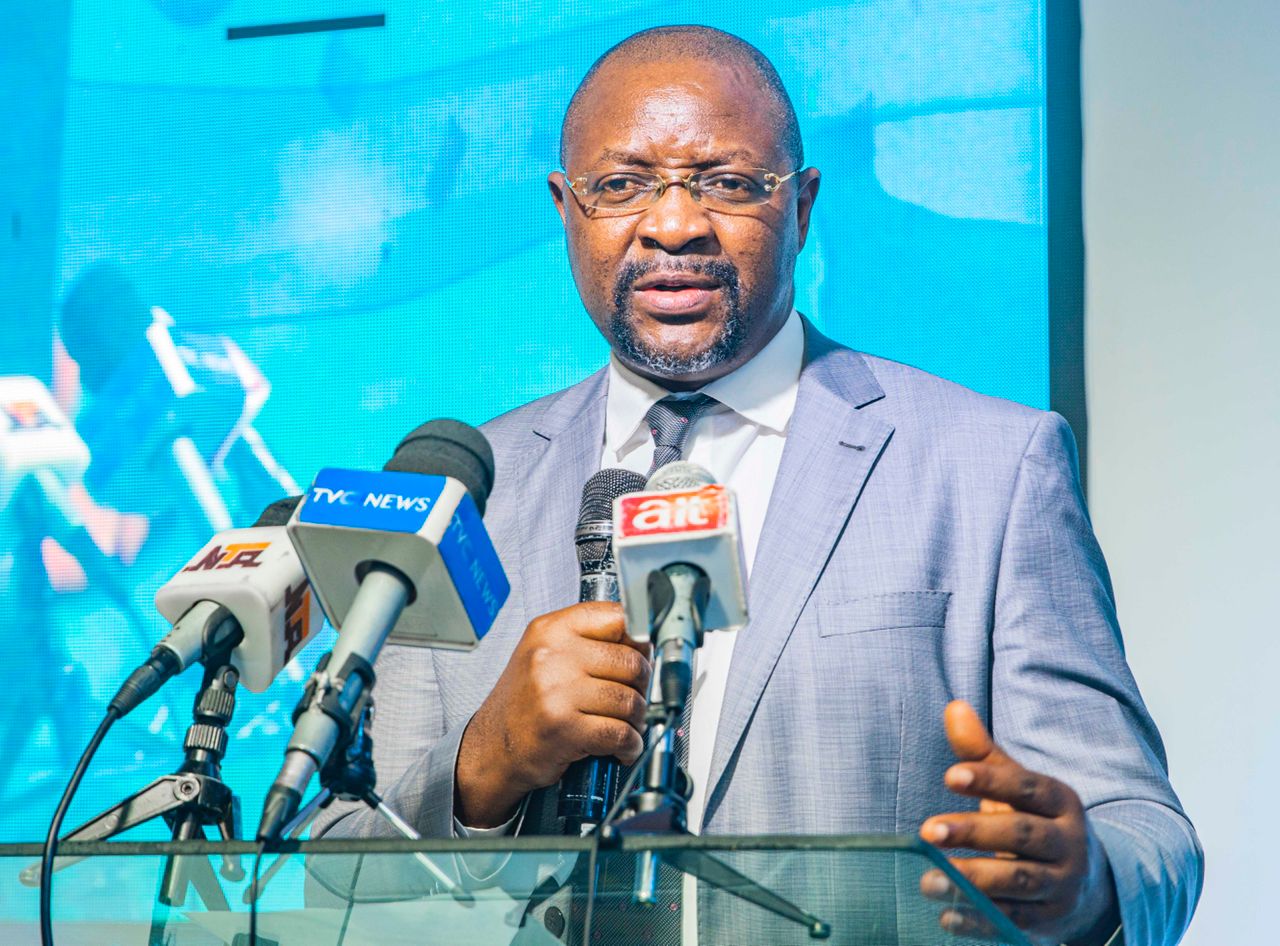 The Minister stated that the movie highlights the possible dangers that come with the virtual world and insights into how families can navigate these dangers.

Saidi has accomplished what many more Nigerian entertainers should aim for and that is using creative arts to educate our youth on modern trends and dangers of a digital world.

The Nollywood industry is ranked as the second largest film producer in the world, the industry has made great strides in keeping our culture alive and enabling it to transcend generations as well as put Nigerian talent on global screens.

The Industry according to PWC is a significant part of the Arts, Entertainment and Recreation Sector which contributed 2.3% (NGN239biliion) to Nigeria’s Gross Domestic Product (GDP) in 2016. It is one of the priority sectors identified in the Economic Recovery and Growth plan of the Federal Government of Nigeria with a planned $1billion export revenue by 2020.

The industry is an integral part of Nigeria’s social and economic development  process for the well-being and quality of life of all Nigerians and must continue to be identified as such.

The Minister commended Saidi for his personal contributions to this industry over time and the ability to encapture today’s relevant issues in a language which the young people understand.

The movie ‘online’ is a phycological thriller of an online predator whose mental state is debatable in this intriguing, suspense-filled movie. It throws light on the perceptive nature of a vital part of some of the things that happen on the internet.

V/ball Division 1 League: Winning all our matches is my priority says Badamosi

Abuja bubbles As Widows, footballer Others for Chief Femi Otedola @60

It was arrays of celebration and enjoyment galore in the Nigeria’s Capital City Abuja as  the widows, football players and others to celebrate a man with a large heart Chief Femi Otedola who clocked 60 on the 4th of November 2022.

As we speak many cows has been killed while others are awaiting to be slaughter to celebrate a man of good reputation home and abroad.

Not only that widows in their numbers have staged a prayers for this same man because of his positive impact in the lives of many Nigerians.

While speaking, a kind man in his own way,  MK Sports and owner of Water FC Nureni Mukanjuola who has since send FCT on in jubilation and celebration mood has thrown five day party for the man he cherish so much.

Not only that,  he equally gathered over 1000 windows in the last one one month praying for this man on Daily basis.

Also, as we speaks, OTE4WEALTH national football tournament will commenceat a Stadium of light, popularly known as Water FC Stadium at Apo Lokogoma in the Nigeria Capital city on the 15th to 20th of November 2022 where teams from 36 states and FCT will be competing at the 2022 “Ote4wealth” National Championship to celebrate the gentle man Chief Femi Otedola

Femi Otedola was born on November 4 in the imperial city of Ibadan. Within this length of time, Otedola has managed to give breath to his origin, and he isn’t shaming his forebears at all.

According to him, Over the past one month women, widow on daily basis have storms different churches to pray for Otedola.

It’s on record that, Femi Otedola has consistently supported the Super Eagles of Nigeria, he also traveled to support the team during high profile tournaments like the Africa Cup of Nations and the World Cup.
Several Sport Federations and the Ministry of Sports have also benefitted from his philanthropy.