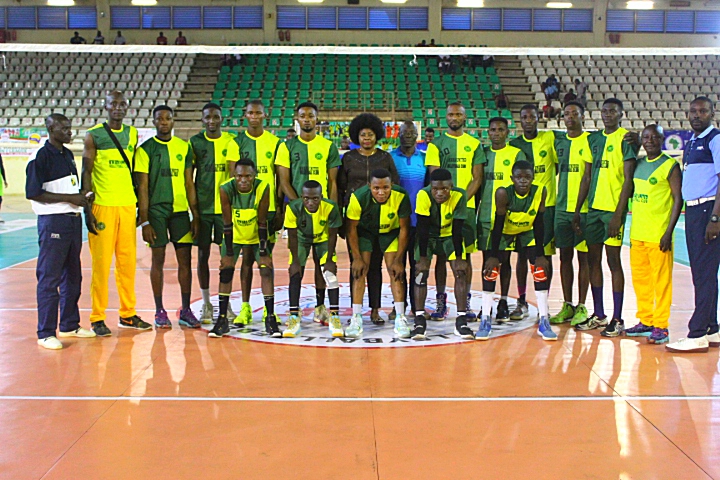 The head coach of Kwara United Volleyball Club, Adewale Badamosi has revealed that his mission is to win all his matches at the second phase of the 2021 National Division 1 League in Abuja.

Badamosi said despite losing one match at the first phase of the division 1, they were in third position due to winning some matches by 3-2 major scores which was not good for the team.

He said, “Our mission at the second phase of the National Division 1 League is to win the remaining matches because Wikki Spikers of Bauchi and Kada Kings are above us and you all know that only two teams will advance to next season’s Nigeria Volleyball Premier League.”

He said Oluyole Spikers are a good side but winning the game against them is the most important task today.

He said, “Kwara United Volleyball Club are here to show their fitness and experience in the game so by the time they continue playing more improvement will definitely come. Our next match is against Oluyole Spikers of Oyo state today (Monday); we met them in the first phase in Kaduna state and I can testify that they are a very young good side.

“By the time we meet them on the court, we will dictate the game and the difference will surely be clear this time around.”

Day 2 results of the second phase of the 2021 National Division 1 League in Abuja: