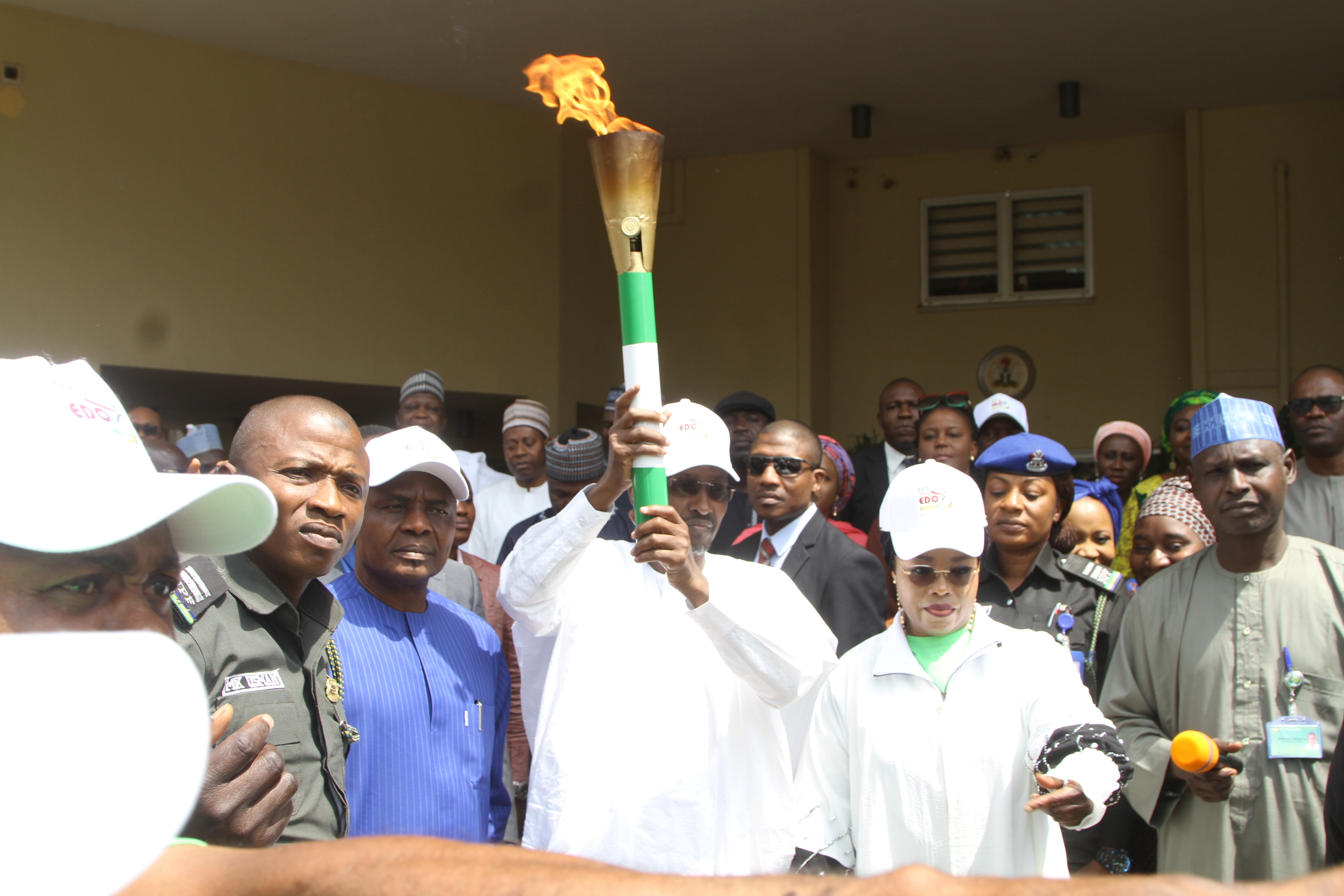 Ahead of the forthcoming National Sports Festival NSF, in Edo State, the Minister of Federal Capital Territory Malam Mohammed Musa Bello has assured 100% support for the Team FCT that will enable them to perform optimally when the event eventually kicks off next month. 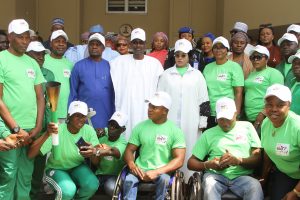 Malam Bello gave this assurance on Monday in Abuja when he received the Torch from a contingent of FCT Athletes led by the FCTA Director of Sports, Mrs. Dilichukwu Onyedinma saying that, NSF remains a  platform for Nigerian sportsmen and women to showcase their talents.

“As we flag-off the journey of this beautiful torch of unity for the unity games we hope that God Almighty will see this torch go through all the 36 states and culminate in Benin the Sports city.”

Bello however, commended the Edo State contingent for its excellent performance during the event last year in the FCT which saw them emerge as the overall best. 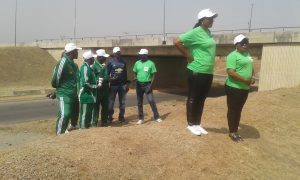 Speaking, also the Minister of FCT state Hajiya Ramatu Tijani, said that the commitment of the FCTA is to ensure the development of sports adding that the current administration will put in place better preparation in terms of training for the athletes, as well as the release of fund.

Minister of State who was represented by the Senior Assistant Media Mr. Austin Elemu said that the administration is working very hard to ensure Fct athletes perform better during, before and after Edo 2020

According to her,  I want to tell you today in clear terms that FCTA is preparing for this game more than ever before, we have learned from past experiences, especially last year National Youth Games where Director of Sports was running up and down for the fund, it will not happen this time around.

“This time around the Administration is ready to release funds when the need arises.
As we speak,  we have agreed to renovate and upgrade all the six stadia in the area council in FCT to ensure the growth and development of football in the capital city.”

on her remarks, the FCT Director of Sports, Mrs. Diichukwu Onyedinma thanked the Coordinator and the  Main Organising Committee, MOC for the 2020 NSF, assuring that FCT is ready to break more grounds in the festival.

“It gladdens my heart that today we are receiving the 2020 National Sports Festival Unity Torch. Of course, the FCT slogan is ‘Centre of Unity’ and this torch has come to re-echo this national symbol. Sport is a unifying sector and over the years Nigeria and her people have benefited immensely from the joy, peace, and love that sport glows.

“We hosted the NSF two years ago and we broke many records including coming 7th in the overall medals table. This year, we aim to move a step up the ladder.

“It is on this basis that I thank the Honourable Ministers of the FCT Mohammed Bello, and FCT Minister of State, Dr. Ramatu Tijani Alihu for their immense support. Edo 2020 presents another opportunity for us and we are ready for the challenges. We will go and win,” she said. 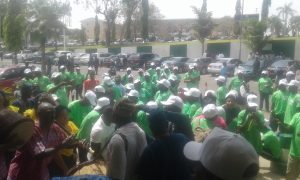 The Minister was joined by the FCT Minister of State, Hajiya Ramatu Tijani, the FCT Permanent Secretary, Sir Chinyeaka Ohaa, the Acting Transportation Secretary, Mrs. Alice Achu Odey, among others during the flag-off ceremony.

A Gbagyi cultural troupe also accompanied the unity torch to the Minister’s office where they provided entertainment during the brief ceremony.

However, the 2020 National Sports Festival Unity Torch will proceed from the FCT to Niger State tomorrow. It is expected to go round the 36 states of the federation and the FCT before the festival commences in March.

According to the timetable, the opening ceremony of the game holds March 22, 2020, while the closing ceremony was scheduled for Wednesday, April 1, 2020.