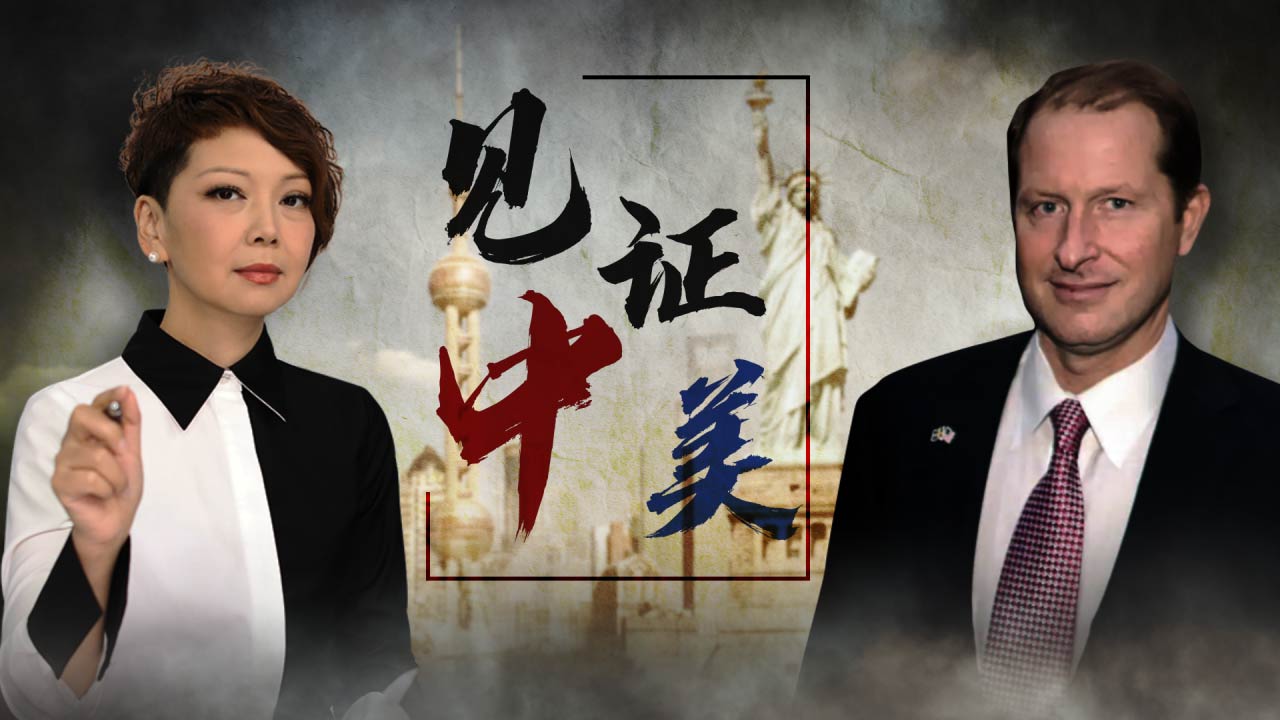 In naming key American players who facilitated the normalization of China-U.S. ties in the 1970s, Dr. Zbigniew Brzezinski’s name is sometimes omitted from the list. Yet his contribution was undeniable. He was awarded the Presidential Medal of Freedom by President Jimmy Carter in 1981, who said “his leadership has been instrumental in building peace and ending the estrangement of the Chinese and American people.”

Zbigniew Brzezinski passed away in 2017, but his legacy lives on in many forms and not least through his three children, one of whom is Mark Brzezenski, former U.S. ambassador to Sweden under the Obama administration.

During the 2019 China Development Forum in Beijing, CGTN host Tian Wei talked to Mark Brzezenski at Diaoyutai State Guesthouse, where the elder Brzezenski had stayed at when he first came to China in May 1978.

During that visit, Brzezenski famously told then Vice Premier Deng Xiaoping that “the U.S. has made up its mind” regarding China-U.S. ties. Later that year, China and the United States made joint announcements that the establishment of official diplomatic relationships would occur on January 1, 1979.

Half a century later, Mark Brzezenski came to Beijing at a time when China had become the second largest economy in the world, a cause both for celebration and tension with the world’s largest economy. Ambassador Brzezenski said had his father been alive, he would be going on American television and explaining to people how the Sino-U.S. relationship benefits Americans.

“Because he (Zbigniew Brzezinski) believed so much in the Sino-U.S. relationship as having the potential to address some of the world’s great challenges of today and tomorrow. He really felt that this is the most important relationship America has with the world,” said Ambassador Brzezenski.

Brzezenski added that his father would have also come to China to meet with the Chinese leadership, reminding them that “it takes two to tango,” urging both sides to constructively engage each other.

Ambassador Brzezenski revealed that his father had a “very good personal relationship” with President Xi Jinping, and when his father passed away in 2017, his mother received a personal letter from the Chinese president.

Growing up in the Brzezenski household was an education in international relations. The elder Brzezenski would ask his children who were still at elementary schools about their views on topic such as the Middle East peace process. Some home lessons in diplomacy were even cinematic and historically significant. Ambassador Brzezenski recalled the home banquet his parents prepared for Deng Xiaoping when the Chinese leader visited Washington, D.C. in January 1979.

“Our street was closed off by the secret service, there were helicopters overhead, then Mr. and Mrs. Deng arrived in a long motorcade with police cars,” he recounted.

The young Brzezenski watched his parents encounter trouble with the fireplace in the house, having to change dinner to a different room, and his sister spill caviar on Deng Xiaoping. Mark Brzezenski said the experience was “very human” and he appreciated his father always including his family in his political life.

Zbigniew Brzezinski shared the world with his family – Europe, the Middle East, Asia. On a trip to China in July 1981, Brzezinski took his children to retrace part of the route of the Long March, visiting the site of the battle of Luding Bridge over the river.

No doubt thanks to their father’s influence, all three Brzezinski children are working in fields related to foreign policy and politics, with youngest daughter Mika Brzezinskia becoming a well known MSNBC journalist and talk show host.

Mark Brzezenski correctly foresaw the increasing range of China-U.S. conflicts. During the interview in 2019, he said he worried that “the demonization of China is just about trade.”

“I think that there is a demographic of policy people, security people, military people, political people who for decades have been hoping to break the catalyst of the American-Chinese relationship. Their time has come. They have been empowered by the current moment,” said Ambassador Brzezenski.

In the current political climate, he argued that expertise counts less than votes and money. As a result, people who are “part-time foreign policy guys join a presidential administration because they had helped the president campaign.”

“That’s the American political game. And as a result, you get what you ask for,” said Mark Brzezenski.

At a time when even moderate voices on China are getting marginalized, Ambassador Brzezenski recalled an earlier era when world-class experts like his father dominated the American foreign policy.

World Insight with Tian Wei is an international platform for debate and intelligent discussion. It is the meeting point of both the highly influential and rising voices, facilitated by host Tian Wei. It provides nutrition to form your own thoughts and ideas through a 45-minute live debate and interviews.

(If you want to contribute and have specific expertise, please contact us at opinions@cgtn.com.