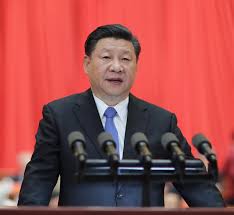 Chinese leaders led by President Xi Jinping attended an event on Thursday to commemorate the 75th anniversary of the victory of the Chinese People’s War of Resistance Against Japanese Aggression and the World Anti-Fascist War.

Chinese President Xi Jinping and senior officials of the Communist Party of China paid tribute and presented flower baskets to martyrs at the Museum of the War of Chinese People’s Resistance Against Japanese Aggression, in Beijing.

They were joined by representatives from all walks of life in the Chinese capital.