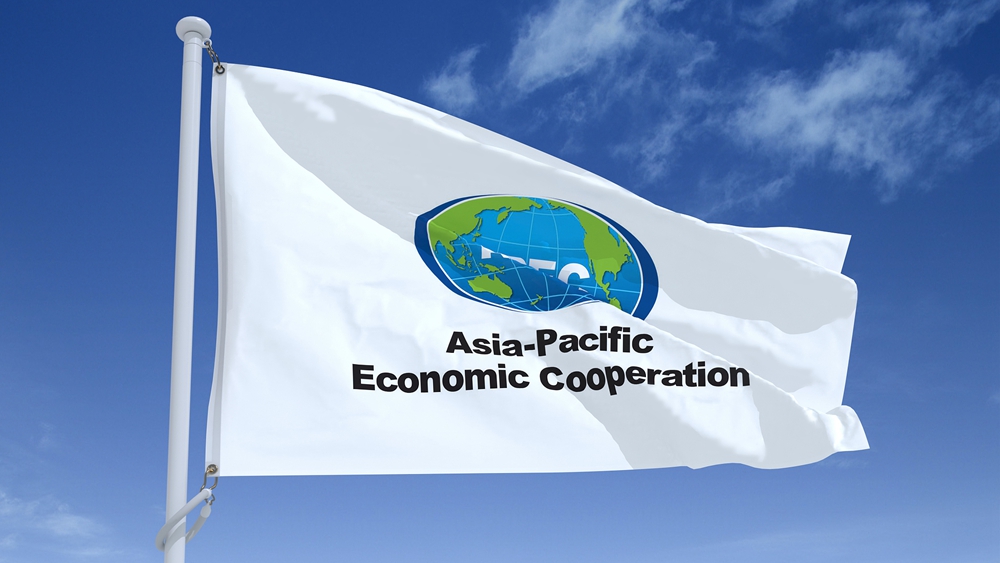 Editor’s note: Yuan Sha is an assistant research fellow at the Department of American Studies, China Institute of International Studies. A former Fulbright scholar at Columbia University, she has a PhD in International Politics from China Foreign Affairs University.

Yuan has published several papers on China-U.S. security relations in Chinese academic journals and is a regular contributor for many Chinese media outlets. The article reflects the author’s opinions, and not necessarily the views of CGTN.

At the first-ever Informal Economic Leaders’ Retreat of the Asia-Pacific Economic Cooperation (APEC), Chinese President Xi Jinping reiterated China’s commitment to cooperate with APEC members to fight the COVID-19 pandemic and accelerate global economic recovery, which would inject strong confidence to the APEC members to weather through the storm and shape a better future for the Asia-Pacific community.

APEC in a time of challenges and opportunities

Just as President Xi said, the Asia Pacific region is the major engine for world economic growth. The 21 APEC member economies around the Pacific represent approximately 40 percent of the world’s population and 60 percent of the world’s GDP, which highlights the region’s status in the world. The APEC community is also the most dynamic region in the world. It is home to the most-developed and least-developed economies and a place where the West meets the East. Through vibrant trade, investment and people-to-people exchanges, these diverse economies and cultures are interconnected as a community of shared futures.

However, the COVID-19 pandemic is wreaking havoc on the region. Within the APEC community, over 50 million cases of COVID-19 and over one million deaths have been reported, the aggregate GDP contracted by 1.9 percent in 2020, which is the biggest decline since World War II, with 81 million jobs lost.

To make matters worse, the region is witnessing a glaring gap between haves and have-nots. Some countries are quick in vaccinating the population and restarting the economy, while others are scrambling for vaccines, suffering from recurrent surges of infections and lagging behind in economic recovery. Less developed countries are also afflicted with rising poverty, food shortages, environmental degradation, as well as threats of terrorism. Such a grim picture of a “two-track pandemic” warned by World Health Organization chief Tedros Adhanom Ghebreyesus is making a stark contrast in the region.

Due to the cross-border nature of the pandemic and the inter-dependency among the economies, it is in the common interests and moral duty of APEC members to devise a common solution to better respond to the public health crisis and facilitating a speedy and balanced economic recovery. It is also an opportunity for APEC to forge solidarity among different players and build a stronger organization to better meet future demands.

As an integral member of the APEC community, China has made exceptional contributions to the fight against the COVID-19 pandemic. China has served as a timely and trustworthy provider of face masks, vaccines and personal protective equipment to the region and the world at large.

In the meeting, President Xi reiterated his pledge to deepen international COVID-19 vaccine cooperation and make the vaccine a global public good. China has already provided 500 million vaccines to over 100 developing countries. China recently reached an agreement with the Global Alliance for Vaccines and Immunisation (GAVI) to provide Sinopharm and Sinovac vaccines through COVAX facilities, which will further boost the quick and equitable distributions of vaccines across the region. President Xi declared that China would provide an additional $3 billion worth of international aid to support developing countries in their fight against the COVID-19 and economic recoveries. China’s prompt and concrete actions have made enormous contributions to improve the accessibility and affordability of the global COVID-19 vaccination campaign.

President Xi also committed to promoting world economic recovery, by pledging to “deepen regional economic integration”, “pursue inclusive and sustainable development” and “seize opportunities from scientific and technological innovation.” As the only major economy which achieved growth in 2020, China has acted as the anchor for the world economy. In the first half of 2021, China’s GDP expanded 12.7 percent year on year, according to the National Bureau of Statistics, which would provide greater impetus to the regional economic recovery.

In his closing remarks, President Xi quoted the New Zealand idiom “Turn your face to the sun and the shadows will fall behind you” as a way to sound the rallying call to the APEC members to step up collective effort to overcome the current challenges and move toward the Putrajaya Vision 2040 for “strong, balanced, secure, sustainable, and inclusive growth.”

Opinion: How To Understand China And The CPC? 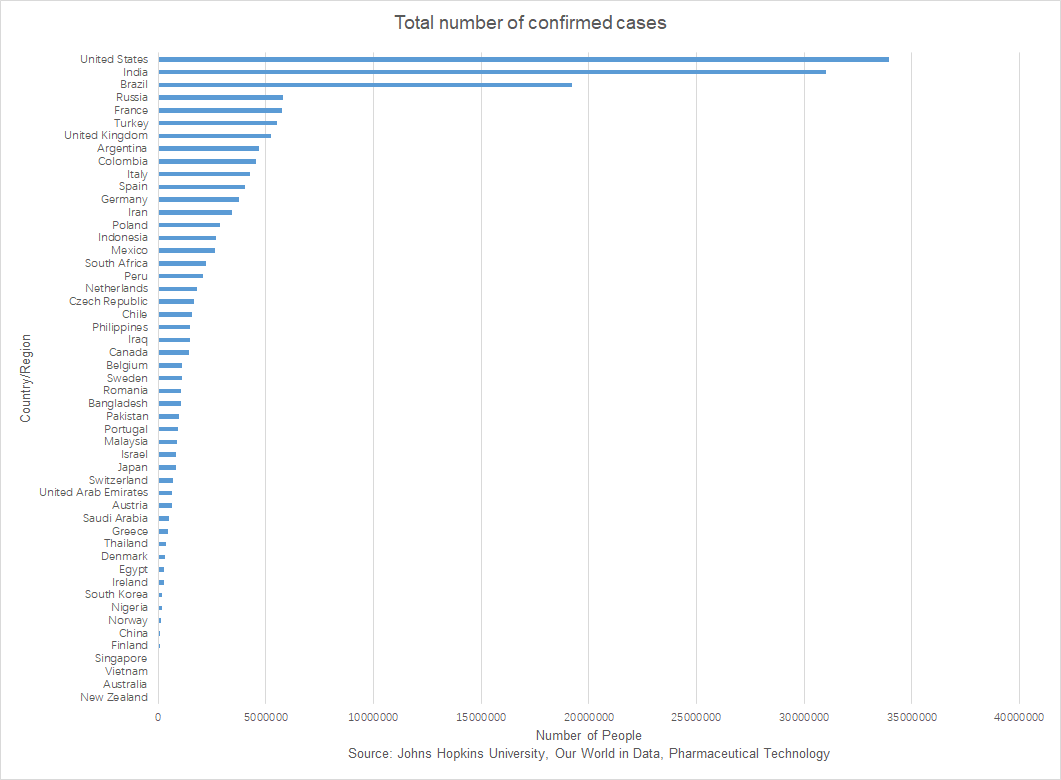 As the global spread of the COVID-19 pandemic has not yet subsided, the CGTN Think Tank has released the Analytical Report on the Global Situation of the COVID-19 Pandemic (the “Report”) by sourcing data from the Johns Hopkins University website, Our World in Data and Pharmaceutical Technology that have not been comprehensively processed, analyzing research literature from the academic community and referring to the known impact of the pandemic on global economic and social development as well as the recommendations on its prevention and control from renowned public health experts.

The Report puts together the data on pandemic prevention and control measures in 51 sample countries to make rankings as a way of reflecting the current situation of pandemic control in these countries. It focuses on the importance that countries attach to personal safety, social and environmental stability, thereby providing ideas and directions for countries around the world to fight the pandemic.

The data shows that the United States has the worst performance on three of the five statistical indicators. The U.S. has over 34 million confirmed cases in total, the highest in the world, and over 600,000 deaths in total, also the highest in the world; and the number of days with less than 5,000 daily new cases in the full cycle from pandemic outbreak to control is only 62, still the worst among the sample countries.

According to the data, the situation in main European countries is not encouraging. When it comes to the total number of confirmed cases and deaths, France, the UK and Italy all rank high.

The data shows that some Asian countries have performed well in pandemic prevention and control, thanks to effective measures such as entry bans, quarantine and stringent testing at the border. China has the lowest number of confirmed new cases among the sample countries and the highest number of vaccinations in the world; Singapore and Vietnam rank low among all sample countries for the total number of COVID-19 deaths; and South Korea has adjusted the level of pandemic response in a timely manner, resulting in 537 days with less than 5,000 daily new cases.

However, the statistics also lay bare that the vaccination progress in developing countries is significantly worse than that in developed countries, due to the severe inequality in the global distribution of vaccines. Countries with a poor vaccination record, such as Vietnam and Iraq, are still far from reaching herd immunity due to various limitations, such as poor health service and vaccine hoarding by certain developed countries.