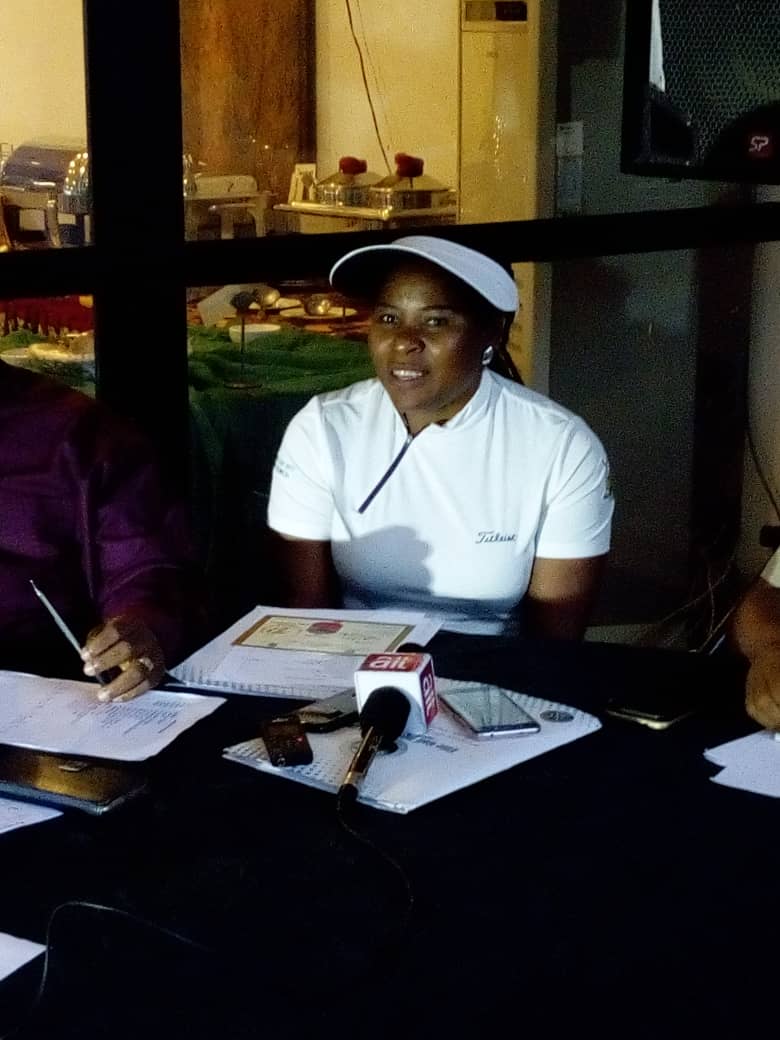 All is now set for the Lady @  50 Pro-Am Golf tournament schedule for Saturday at the IBB international Golf and country Club, Abuja, to celebrate the golden jubilee of the first Professional Lady Golfer in Nigeria, Uloma Mbuko. 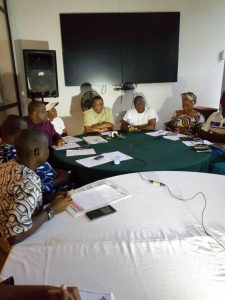 Briefing journalists, Thursday evening at the Club, the chairman of the 15member organising committee, the former Governor of Enugu State, Dr Okwesilieze Nwodo said they decided to celebrate the former handball player who has represented Nigeria both nationally and internationally, Uloma Mbuko as a way of showing appreciation for her dedication to Sports in the last 40 years.
Uloma Mbuko has sacrifice her life to learn Golf and also become a Professional in d game despite most of the Ladies she met are still in Amateur category”. Chief Nwodo said
Apart from this, She has also employed many young ladies through her elite Golf foundation so as to make a living in the game of Golf as well as assisting Golfers who want to improve in their game through rigorous training.
The former Enugu state Governor said Uloma Mbuko has also created a relationship between South Africa Golf Community and their Nigeria counterparts.
He said all these qualities are enough to celebrate the Icon in the game of Golf.
In his own submission, the Vice Captain, IBB international Golf and Country Club, Abuja and a member of the Upper Chamber in the National Assembly, Senator Emma Anosike who eulogized the contribution of Uloma Mbuko to the game of Golf, said the management of the Club has decided to close club activities on Saturday to celebrate the Golfer.
The Celebrant, Uloma Mbuko said she decided to mark her birthday with a kitty in order to say thank you to those that have contributed immensely to her success both on the course and off-course.
Events lined up for Saturday include, 18 -holes tournament both for Professional golfers and Amateurs as well as launching of a book titled ,” The Fundamentals of Golf Swing”, written by Uloma Mbuko.
Other members of the committee who present at the briefing include former Lady Captain of the Club, Christie Adejoh and former Chairman, Sports Writers Association of Nigeria, FCT chapter, Kayode Adeniyi