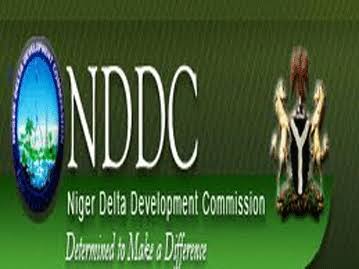 Indigenes of the oil-rich Niger Delta region have been charged to be at the forefront of calling out officials and exposing corrupt acts perpetrated by the Niger Delta Development Commission (NDDC).

The call was made Wednesday by two senior investigative journalists of the Premium Times Centre For Investigative Journalism (PTCIJ) Akintunde Babatunde and Adebayo Taiwo-Hassan, during a radio program, PUBLIC CONSCIENCE produced by the Progressive Impact Organization for Community Development, PRIMORG.

NDDC has been enmeshed in uncountable allegations of financial impropriety and fraud against its basic mandate of developing the oil-rich region. An investigation conducted by PTCIJ in 2019 on the state of multi-billion naira projects awarded by the commission had revealed that many contracts awarded by NDDC were either poorly executed or abandoned since creation in 2000.

Taiwo-Hassan, a senior investigative reporter said it was worrisome to see members of the public, civil society organizations, National Assembly raise alarm over the rot and malfeasance in NDDC while people from the region appear less-concerned.

“You have people from the region who are very educated, who are on twitter and other social media platforms, what has come from them, have they reported poorly executed projects in their area.”

Describing the effect of abandoned and poorly executed projects in the region, he said the mess caused by years of mal-administration in the region is actually not expressible and words are not enough for it.

“It is extremely messy and has become worse by activity of people who are entrusted with a role to ameliorate the situation but they have turned it to criminal money making enterprise. “

Asked if the situation in Niger Delta can be tied to the acts of criminality associated with the region, he said: “of course, there is a link to environment and criminal violence and that is why the more developed a country is, the more peaceful it is. In Nigeria today, you see people who are ready to take up arms against the state, the reason is that there is no form of psychological loyalty because they don’t feel like the state has done anything for them.”

Earlier, The Programme Manager, Akintunde Babatunde said investigation was prompted by the massive allocation of funds to the region in almost two decades. According to him, NDDC budget gulped N2.16 trillion naira in 18 years with the agency claiming to have executed over nine thousand projects in 19 years.

He, however, revealed that some of the contracts NDDC claimed to have executed were awarded for 5 times. He recommended that citizens’ involvement in contracts awarded in their communities remains the most efficient means of getting the job done.

Co-convener of the programme, Adaobi Obiabunmuo also joined the call for Nigerians and particularly residents of the oil-rich Niger Delta region to show enthusiasm and hold public officials to account.

“As citizens, we must continue to engage with stakeholders and also monitor projects in our communities,” She stated.

The syndicated radio program is produced by PRIMORG with the support from the MACARTHUR FOUNDATION.