thegleamer
Home Sports Education SBMC engages with state government to develop schools
Share on Facebook
Tweet on Twitter
SBMC engages with state government to develop schools
The Director, Social Mobilisation, Universal Basic Education Commission (UBEC) Alhaji Bello Kagara, have explained that, to develop schools especially in the rural communities, there was need for government engagements with School Based Management Committee (SBMC).
Kagara disclosed in at a Two-Day Media Dialogue on  (SBMC) in Kano on Tuesday.
The project, funded by the Department for International Development (DFID), is expected to span through eight years from 2012 to 2020, aimed at contributing to improving the social and economic opportunity for girls.
He said the responsibility of the SBMCS was to ensure that resources are mobilised in the form of funds, labour, time and expertise towards supporting school implementation programmes.
He said the issue of out-of-school children was becoming worrisome hence the need to involve SBMCS who would conduct sensitisation and advocacy to change the orientation of parents and guardians on need to get their children in school.
“To us, school development agents should be engaged. We are engaging them in several areas. One of such areas is to ensure the provision of adequate access to those children within their community.
” In that regard, the issue of out-of-school children is one of them. They are to mobile parents to link up with all categories of opinion leaders and stakeholders in the education sector in our country.
” If they do that, then be rest assured that out-of-school children will be a thing of history in the country.”
Kagara expressed worry over the concern of the political will of some state governors towards schools as well as towards taking care of some education affairs of the states.
He added that with the level of advocacy and sensitisation that is being conducted, there had been changes in the level of compliance by some state governors.
He said that will the involvement of SBMC, the community are at advantage of monitoring VB the supervision of the project.
” We have developed a manual detailing how SBMC should be engaged in school development.
“At our level, we release 75 per cent directly to school based community to take school development initiatives. We give 75 per cent first tranche payment and we monitor the school to ascertain the level of utilisation of the fund.
” We put in place quality to get the utilisation of the money and project and also to mentor the School and engage the school to engage SBMC to deliver the project.”
He added that N2.78 billion had been invested by the Kano state government  in school based management intervention of 2,505 schools in the state.
(NAN) 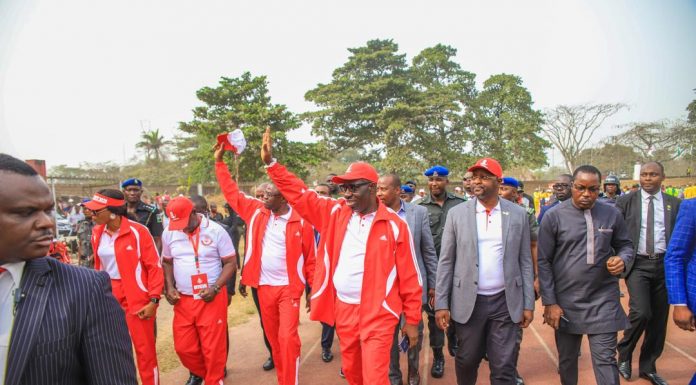