The School-Based Management Committee (SBMC) is a peculiar idea introduced to bring communities, parents, non-parents, teachers, artisans, school children and governments under one umbrella for synergy for the purpose of addressing challenges in the basic education sector.

These challenges range from funding, infrastructure and service delivery as members of the committee would no longer have to wait for government interventions. By this, what it means is that communities would automatically become stakeholders while actively participating in the management of public schools in their environments in partnership with the government for judicious and timely cogent actions.

UNICEF since May 2012, has been implementing the eight-year GEP3/EAC (2012-2020) blueprint funded by the UK Department for International Development, DFID, which aims at contributing to improved social and economic opportunity for girls in northern Nigeria.

The sole aim of the Girls Education Project Phase-3/Educate-A-Child is to get school-age girls to schools without neglecting boys’ enrolment.

In Kano state is an 11-years-old Lamiratu Ibrahim who has taken pleasure in not only coming to school but also learning skills for the betterment of her life.

The primary four pupil of Ja’en Special Primary School, Gwale Local Government Area of Kano State has now found a new reason not to jettison her pursuit of education for the ‘army’ of out-of-school children that frolics the streets on daily basis.

Ibrahim attributed her newfound love for the primary school to the provision of borehole facilities, construction of a Girl Child Vocational Centre in the school and many more new skills in the school which were provided by the SBMC.

The vocational center in the school is being spearheaded by Mothers Association to provide skills acquisition programme for the girls which has contributed immensely to reducing girls hawking and begging in the streets.

Vocational skills like sewing, beads-making, soap making, and others, resultantly, have been incorporated into the school curriculum to equip pupils for productivity.

At a Two-Day Media Dialogue in Kano, pundits have welcomed the SBMC concept saying that it is facilitating the entrance of pupils into schools thereby reducing the number of out-of-school children in the country.

The DFID-facilitated media dialogue on SBMC in Kano which took us to Ja’en Special Primary School saw the Head Teacher of the school, Mr. Abba Mohammed who said since the involvement of SBMC in the school since 2017, the school has generated about N1,249,000 which was used in providing facilities.

“Kano, which has over 4,500 primary schools on the SBMC scheme, has continued to witness the positive impact of the community intervention in education.

“We have been able to provide developmental projects to include farmland for the school, provision of learning materials for pupils, renovation of classrooms, provision of mechanized borehole and likes.

“At the inception of the school in 1974, we had only 42 pupils but gradually things keep going on but there was a drastic output in the sense that from 2017 when SBMC was introduced to the school, our population has increased to 4170.

It is worth noting that SBMC roles also range from monitoring teaching and learning activities in schools to ensuring security in the school as well as providing feedback to community members towards supporting the school’s needs.

“The concept behind SBMC is to give the community the chance to support schools within their environment and SBMC’s is accredited to be a link between the community, school authority and the government.

“First of all, I will say SBMC has achieved in Kano the ownership of the schools within that environment that is a great achievement.

“Now, if there are some dilapidation in the structures, community use to come together and renovate the structure so that the children can have space to learn.

“There are a lot of campaigns by SBMC’s for all-purpose and other communities, philanthropists and stakeholders within the community to realize that the government alone cannot do it so there is the need for each and every one of us to support the schools within the community we are living.”

On the provision of facilities to assist learning outcomes if campaigns were made by SBMC to bring back to school children who are not in school, he said the need of the children would be catered for.

“The concept is for the communities to take ownership of that school because as I say government alone cannot do it because of look at the population; in Kano, we have almost 4,000 primary public schools in Kano alone.

“Now the population of the pupils in school is about two million, so if the communities will not support the school I don’t think the government alone can do it.”

Meanwhile, the United Nations Children Fund (UNICEF) says the Girls Education Project in six participating states will bring an additional one million girls to school by 2020.

Mr. Richard Akanet, Kano State UNICEF Coordinator of the project said that the SBMC was a national strategy that was employed to get school-age girls to school without neglecting the boys’ enrolment.

Akanet said that the SBMC had been able to incorporate a huge number of Quranic schools into formal education.

He said each school has one SBMC which focus on the need of the school improvement, planning as well as improving enrolment and reducing out of school children.

According to him, the target of the project is to ensure more girls in the targeted states in Northern Nigeria complete basic education, while also acquiring skills for life and livelihood.

He also said that by 2020, 1.6 million girls would be reached by improved teaching and a girls-friendly learning environment.

The UNICEF coordinator said that by the target year, 42,000 primary and Quranic school teachers would have also been trained and mentored in child center pedagogy.

Kagara said the responsibility of the SBMCS was to ensure that resources are mobilized in the form of funds, labor, time and expertise towards supporting school implementation programs.

He said the issue of out-of-school children was becoming worrisome hence the need to involve SBMCS who would conduct sensitization and advocacy to change the orientation of parents and guardians on the need to get their children in school.

“To us, school development agents should be engaged. We are engaging them in several areas. One of such areas is to ensure the provision of adequate access to those children within their community.

“In that regard, the issue of out-of-school children is one of them. They are to mobile parents to link up with all categories of opinion leaders and stakeholders in the education sector in our country.

“If they do that, then be rest assured that out-of-school children will be a thing of history in the country.”

Kagara expressed worry over the concern of the political will of some state governors towards schools as well as towards taking care of some education affairs of the states.

He added that with the level of advocacy and sensitization that is being conducted; there had been changes in the level of compliance by some state governors.

He said that will the involvement of SBMC, the community are at advantage of monitoring VB the supervision of the project.

“We have developed a manual detailing how SBMC should be engaged in school development.

“At our level, we release 75 percent directly to the school-based community to take school development initiatives. We give 75 percent first tranche payment and we monitor the school to ascertain the level of utilization of the fund.

“We put in place quality to get the utilization of the money and project and also to mentor the School and engage the school to engage SBMC to deliver the project.”

He added that N2.78 billion had been invested by the Kano state government in school-based management intervention of 2,505 schools in the state. 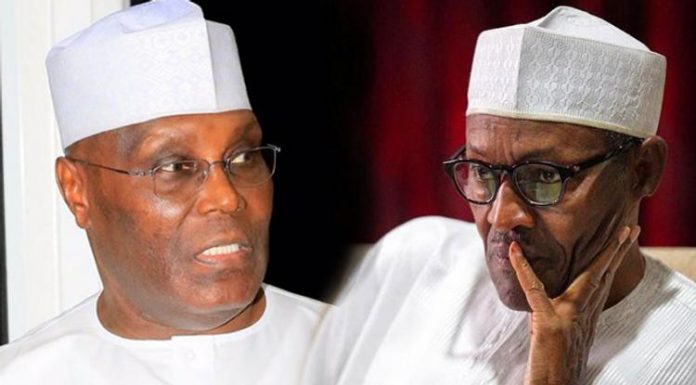 Shehu Sani Thanks Buhari For Intervening In Kaduna APC Crisis