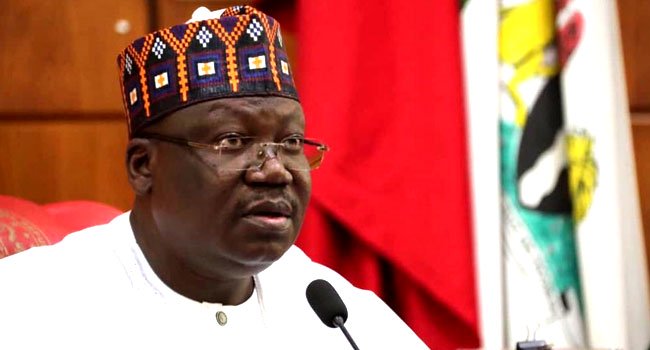 The Senate on Thursday passed the 2020 Budget of N10.594 trillion, as against N10.33trillion presented to the National Assembly by President Muhammadu Buhari.

The Senators effected an increase of N264billion on the Budget.

The passage, followed the consideration and adoption of the budget report of Senate Committee on Appropriation chaired by Senator Jibrin Barau.

Senator Barau while presenting his report at plenary, said the committee adopted the 2020-2022 Medium Term Expenditure Framework and Fiscal Strategy Paper (MTEF/FSP) as approved by the National Assembly.

He said the committee worked in tandem with the Executive in the consideration of the Bill especially in additional revenue projection to fund critical projects.

He said the increase in the budget was to allow for interventions in areas like national security, road infrastructure, mines and steel development, health, social needs among others.

Following a clause-by-clause consideration of the report, at the Committee of the Whole, the Senate passed the Bill.

Senate President Ahmad Lawan, thanked his colleagues for their efforts on the budget, saying the success recorded on the budget was in conjunction with the House of Representatives.

He expressed satisfaction that the ninth Senate has achieved one of its key promises to return the budget cycle to January -December.

“We have done so much in a short while. We have given the executive everything they need – budget, finance bill, MTEF, among others,” Lawan said.

The Senate President said the upper chamber will interact with Ministries, Departments and Agencies (MDAs) on a quarterly basis to monitor the implementation of the budget.

“We hope that with this budget passed, the executive will ensure full implementation for the benefit of all Nigerians,” Lawan said.

He said the National Assembly has provided the executive what it needed to implement the budget.

He noted that the National Assembly would take its oversight duties very seriously.

He said the National Assembly would ensure that Nigerians get what they desire from government.

The breakdown of the budget as passed by Senate is as follows: