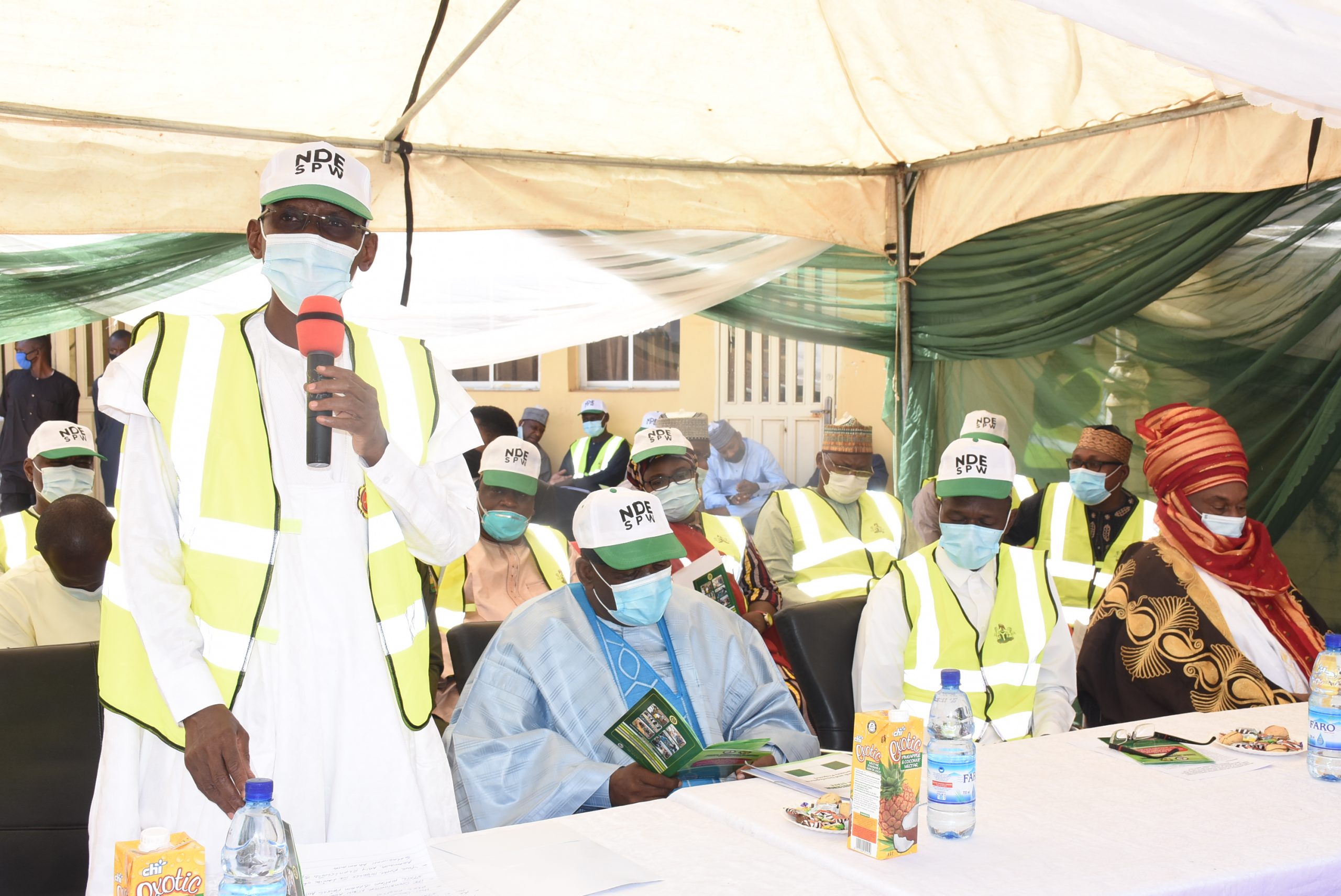 …As Scheme Is Flagged-Off In Adamawa State

The Honourable Minister of the FCT, Malam Muhammad Musa Bello has said that the Special Public works Programme of the Federal Government which will see the engagement of 774,000 Nigerians across all the local government areas in the country will have a direct positive bearing on the development of communities across the country.

The Minister said this during the flag –off ceremony of the programme for Adamawa State at Ribadu Square, Yola, on Tuesday.

In his remarks during the event, Malam Bello said that the programme in which 21,000 young men and women from the 21 local government areas of the State will be constructively engaged for 3 months, is intended to mitigate the negative socio-economic effects of the COVID-19 pandemic.

The Minister also revealed that the beneficiaries of the programme will be engaged in the provision of services critical to the rehabilitation and maintenance of public and social infrastructure in communities across state, adding that the initiative demonstrated quite clearly the efforts and determination of the Administration of President Muhammadu Buhari to identify with, and protect the most vulnerable members of the society.

Speaking further the Malam Bello Said “the successful implementation of this programme and other social invest programmes such as the N.Power and Conditional Cash Transfer shows clearly that Mr President cares very much about the ordinary Nigerian and is willing to go to great lengths to ensure their welfare and wellbeing”

He called on the beneficiaries to therefore justify their inclusion by being diligent and dedicated in the discharge of their duties while commending the National Directorate of employment and the Federal Ministry of Labour and Employment for initiating the programme.

The FCT Minister also commended the Adamawa State Governor for his support of Federal Government Projects in the State.

In the words of the Minister, “I wish to publicly and sincerely thank his Excellency, the Executive Governor of Adamawa State for being receptive to all Federal Government projects in the State. He has been a supporter of all the programmes of Mr President that are meant to provide the needed support to our teeming population”.