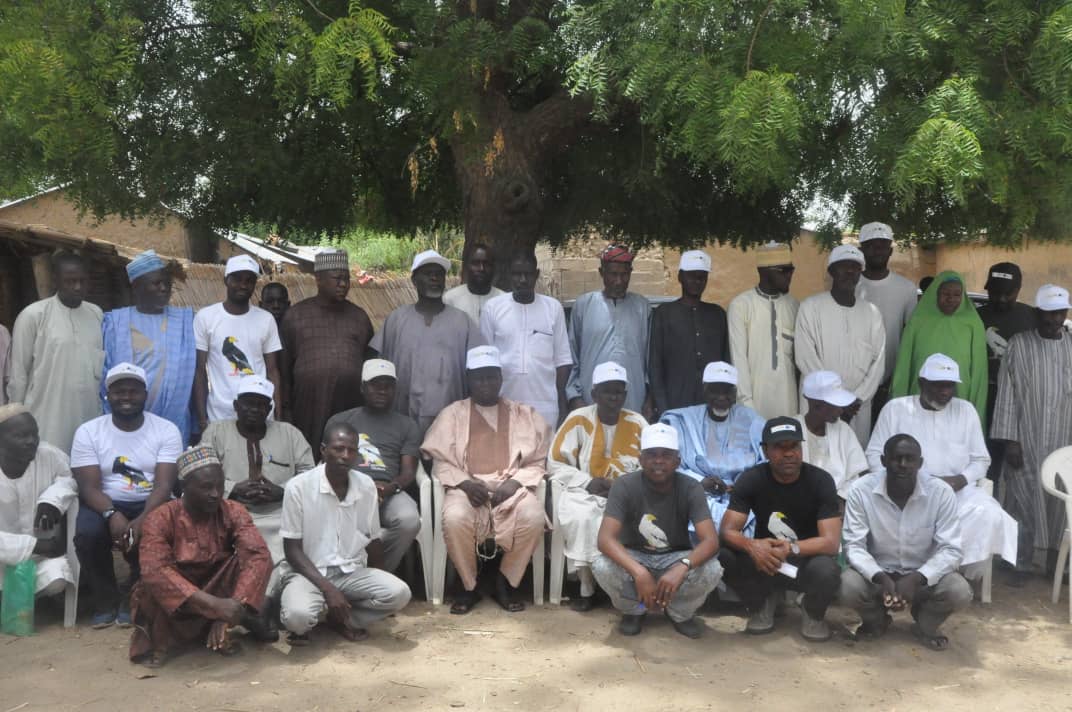 Dr. MuhtariAminu-Kano, the Director-General, Nigerian Conservation Foundation (NCF) in a statement he issued in Abuja on Friday.

Harry Hansonon, the Project Office of NCF, who represented the D-G highlighted the threats against vultures in the northern Nigeria, calling on all in attendance to rise up to stop the killing of vultures for sale and belief-based uses.

“Angulu (vulture) is going into extinction because of killings here and there and if we don’t stop the killing and make use of alternatives, in the next few years, we won’t have Angulu here again, ”he said.

Dr Sulaiman Mohammed, a Biological Science Lecturer from the Federal University Dutse, Jigawa State, educated the listeners more on the importance of conserving vultures;the health and economic benefits to the people in the community and northern Nigeria as a whole; cultural and historical importance to the future generation and as well as cleanliness of the environment.

He said “If the only thing we see in vultures is the opportunity to make money by killing and selling it, using it for ritual and traditional medicines, we are only destroying our lives and future as absence of vultures around us leads to critical diseases and dirty environment”.

Alhaji Lawan Modu, the Village Head of Dumsai Community who represented the Emir of Nguru, appealed to NCF not to make this kind of meeting a one-off event, but a regular event to sustain the enlightenment campaign.

He also urged that there should be a follow-up action immediately in order to make the points raised sink down into the people.

“If there are no activities that will follow this programme, people will forget the talk and continue to do what they like,” he said.

Alh. Goni, the Secretary of Trado-medics, pledged his association’s support to the conservation of vultures and other bird species and encouraged his members to make use of the alternative cure to the use of Vulture.

A drama group engaged by the NCF Project Office performed excellently on the subject matter that depicted activities of hunters and herbalist against vultures and reason there must be shift from the use of vultures for the belief-based and illegal trade in the species.

The “Town Hall Meeting” was held in the palace of the village head of Garbi, a wetlands community of Nguru.

After the meeting, Harry Hanson led a team to pay courtesy visit to the Emir of Nguru, Alhaji Mustapha IbnMaikyari, who revealed that he had raised the issue of reviving Hadejia-Nguru Wetlands (HNW) with the Governor-elect of Yobe State, Mohammed Buni.

He said he requested from Buni to make HNW one of his top priority during his tenure and promised to continue to work for the betterment of the environment.